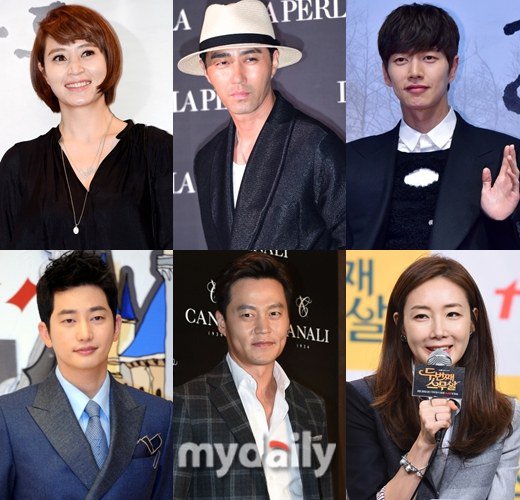 Kim Hye-soo, Choi Ji-woo, Cha Seung-won, Park Bo-young and other actors and actresses who seem far from cable are slowly turning this way. It's almost as if we might see Gang Dong-won and Won Bin on cable soon.

Choi Ji-woo is currently in the drama "Twenty Again" as college student Ha No-ra. "Suspicious Housekeeper" had a lot to do with her decision to star in "Twenty Again". Lee Sang-yoon is her co-star and he reunites with "My Daughter Seo-yeong" writer So Hyeon-kyeong.

While Park Bo-young and Choi Ji-woo are on a roll, Jung Ryeo-won and Kim Hye-soo are next. Jeong is coming back with a drama called "Bubble Gum" and Kim with "Signal" this coming January.

After the success of "Incomplete Life" last year, OCN drama "Bad Guys" came along with a manly story like never before. Park Hae-jin stars in the new tvN drama "Cheese in the Trap" as Yoo jeong.

Cable TV is favored by stars for its various attempts at something new and a better working environment. Coming after Chuseok is "Answer Me 1988", the rookie maker and other line ups.

"Gang Dong-won and Won Bin on cable soon?"
by HanCinema is licensed under a Creative Commons Attribution-Share Alike 3.0 Unported License.
Based on a work from this source