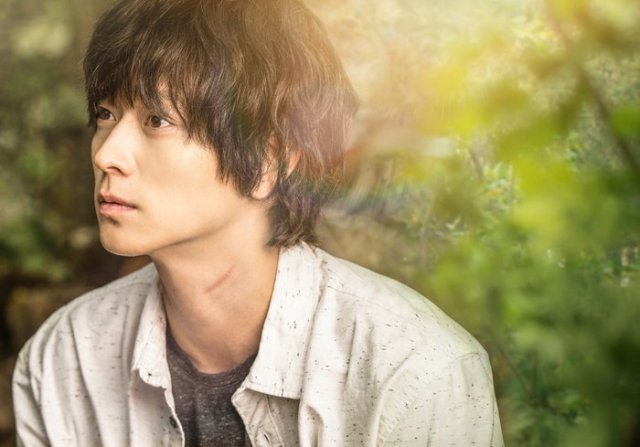 Actor Gang Dong-won is set to make a splash at this month's box office with "Vanishing Time: A Boy Who Returned".

The film was originally due to be released this Thursday but has been kept back for six days to target students once they have sat the college entrance exam next week.

The movie is a fantasy melodrama about a boy who returns from a mysterious world where time and space stand still, and a girl who is the only person to believe him.

The anticipation has resulted in some shuffling.

Romantic comedy "Because I Love You" starring Kim Yoo-joung, who became the nation's sweetheart in the TV series "Moonlight Drawn by Clouds", and rom-com stalwart Cha Tae-hyun, originally had the same release date but was postponed till next year.

Kang is one of very few actors who can "open" a movie, i.e. guarantee ticket sales, and his fan base heavily leans towards women.

This autumn has been a quiet season in the cinema except for the unexpected hit "Luck.Key", a gentle comedy for a weary nation, and the industry hopes that Kang's return can stir things up.

"It would be good if some movies can still attract people to the cinema in the low season before the blockbusters erupt at the end of the year", a staffer at a movie distributor said.

"Gang Dong-won to Revitalize Box Office"
by HanCinema is licensed under a Creative Commons Attribution-Share Alike 3.0 Unported License.
Based on a work from this source