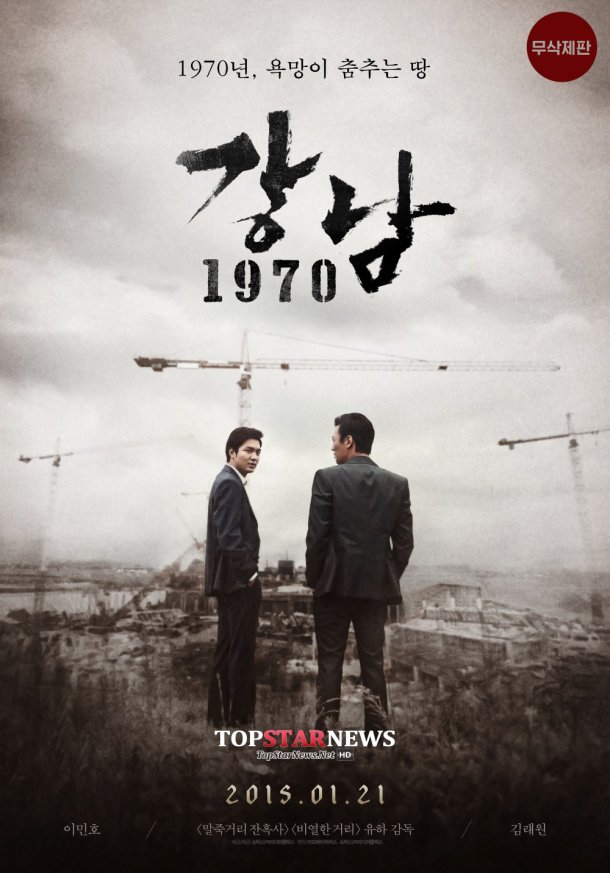 "Gangnam Blues", based in Gangnam in the 1970s when development started, produced by Yoo Ha starring Lee Min-ho and Kim Rae-won has been uploaded to IPTV on the 13th and the unedited version will be open on the 19th.

Producer Yoo Ha who has created 3 of the gangster world series including "Once Upon A Time In Highschool" and "A Dirty Carnival", started broadcasting the movie on IPTV, digital cable and VOD services. Starting from the 19th, the unedited version which wasn't even allowed in cinemas will officially be available on SK Btv, KT Olleh TV, LG U+ TV, digital cable Home Choice, Sky Life, portal sites and webhards, Mobile Hoppin, T Store, Google Play and other services.

""Gangnam Blues" unedited version to release on IPTV"
by HanCinema is licensed under a Creative Commons Attribution-Share Alike 3.0 Unported License.
Based on a work from this source