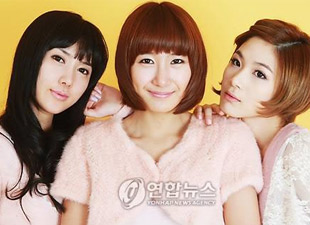 Last May, the previous members Hee-young and Misty had left the group to pursue solo activities following the completion of their contract with their last agency. After a number of auditions, the two new members joining the original member Si-hyun will be Jenny (25 years-old) and Gun-ji (21 years-old).

Jenny is originally from Busan and has experience as a backup singer at SG Wannabe and Jang Hye-jin concerts. She also graduated from the same school department as 2PM's Wooyoung, 2AM's Lee Changmin, and Fat Cat.

Gun-ji is also attracting attention for her cute image in addition to her talents. She had won various music and singing competitions in her high school.

Gavy NJ will be making their comeback with the two new members early May.