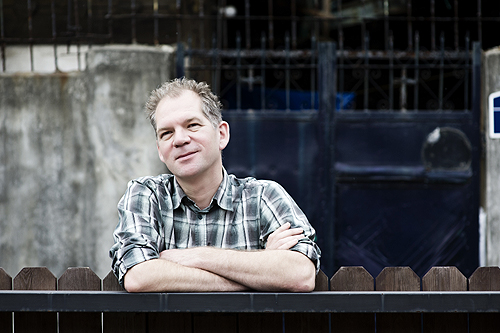 Last month, Gerwin TAMSMA made his annual visit to Seoul in search of new films for the next International Film Festival Rotterdam (IFFR). In between screenings, meetings, and an impromptu dinner he kindly threw for festival alumni, the friendly, outspoken programmer met with Jean NOH for a quick interview. A globe-trotter who is in charge of programming films from Latin America, Spain, Portugal, Scandinavia, Italy, China, and Korea, Tamsma tells "Korean Cinema Today" about his likes, dislikes and what he looks for in a film.

In a recent early selection announcement, "A Fish"- whose director Park Hong-min was also at the aforementioned dinner, was declared the first 3D film ever to be selected to IFFR's Tiger Awards Competition. The festival's 41st edition will be held Jan. 25 – Feb. 5, 2012.
KCT: What do you look for in a film when programming for Rotterdam?
Tamsma: In the end, what you look for in a film is inspiration - a film that has inspiration, a film that is inspirational. I look for films that are fresh and critical and have a creative attitude towards professional filmmaking and the world. The film's topic can be completely uninteresting, one that has been dealt with one hundred times, a million times, but it can be like someone has reinvented the wheel. When you see a film, you hope to be renewed. This is the reason for our love of film.
Of course, we do look for young talent at Rotterdam. We are not against established filmmakers and big films. We just try to find up-and-coming talent [mostly in independent cinema] and make sure they are well taken care of.
KCT: Tell us about some of your personal favorite films and/or those that did well at the festival.
Tamsma: Some films in competition have done well over the years which started in Rotterdam. Earlier on, Hong Sang-soo's, of course, and more recently YANG Ik-june's"Breathless", PARKJung-bum's"The Journals of Musan" and others. But, there are also films that when I returned to them one day, I realized they were underestimated gems like"A Great Actor", directed by SHINYeon-shick. But, you also have a film like "Paju", directed by Park Chan-ok, which opened the festival last year – not an easy film to open a festival with, but rewarding.
Everybody is so used to thinking of film as a commodity. That means making an effort for general audiences, to convince them to watch something that is not already predigested and baby-fed to them. It's not much different from modern art. People still have to make an effort. 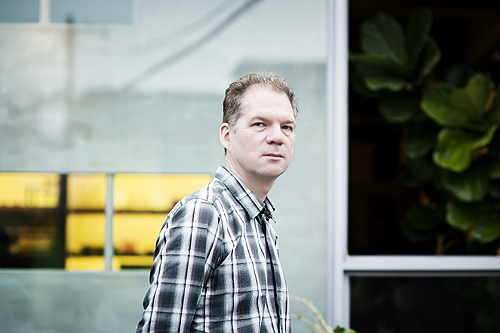 KCT: You've been with the festival 15 years. How has it evolved in your view?
Tamsma: In the last 15 years... The festival was growing very rapidly when I started. It was in its rapid development stage, in terms of the number of films, programs and scope, and the depth of our research as programmers.
But, for the longest time now, we've been trying to make the festival smaller - in terms of number of films, not necessarily depth– in order to focus on the films you have, and so that people won't be disappointed in the [numerous] things you show.
Also, every year, we try to reinvent the festival, at least the mental exercise of starting again each year. Of course, you must keep a tradition, but you also have to think about what the place of a festival in the film industry can be.
KCT: IFFR always seems to push for innovation. For instance, you created those projects that had Asian filmmakers go shoot films in Africa and this year, African filmmakers went to China.
Tamsma: A bit crazy, maybe. The results of these efforts aren't clear to us. But the ideal role of the festival is not just to show films, but to get involved. Busan with its Asian Cinema Fund (ACF) and Jeonju with its short film omnibus projects are examples of the same thing, of film festivals encouraging the film industry.
KCT: What do you find most enjoyable about your job?
Tamsma: Sitting in a cinema or even just sitting in front of a TV and seeing a really good film. Also, getting to meet with filmmakers and other people and talking about what they do in the industry.
KCT: What do you find most difficult about your job?

Tamsma: To find time to do all these things and at the same time be a decent husband and father.

"Gerwin TAMSMA, Rotterdam film festival Programmer "
by HanCinema is licensed under a Creative Commons Attribution-Share Alike 3.0 Unported License.
Based on a work from this source