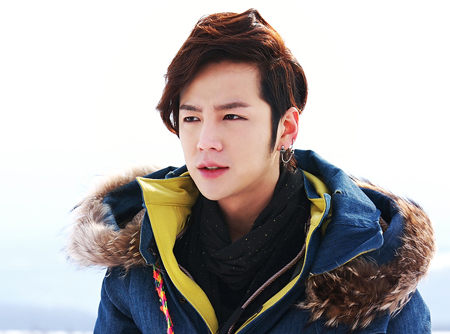 The power of Geun-seok led to sales.

The advertisements for the first and second episodes of Jang Keun-suk's KBS 2TV drama "Love Rain" have been sold out. Interest in the drama can be proven by pre-sale to Japan, follow up on 350 domestic and foreign press as well as advertisement sales.

Other than Jang Keun-suk is Yoona from Hallyu leader Girls' Generation. This is also the come back project of Yoon Seok-ho from "Winter Sonata" and "Autumn in my Heart".

The Korea Broadcasting System said, "Advertisement sales has happened the fastest out of all KBS 2TV mini series in the last 6 months. Jang Keun-suk played a big role in this as advertisement agencies pick him as the most favorable model. Girls' Generation was also a big attraction to the agencies as they are one of the most popular girl groups".

"Love Rain" is about the destined love of Seo Joon (Jang Keun-suk) and Kim Yoon-hee (Yoona) that was never completed in the 1970s that leads them to the year 2012 as Seo In-ha and Kim Ha-na.

"Geun-seok indeed! KBS "Love Rain" advertisement sells out in first week"
by HanCinema is licensed under a Creative Commons Attribution-Share Alike 3.0 Unported License.
Based on a work from this source