"Ghost - Drama" So Ji-sub so charismatic in judo uniform 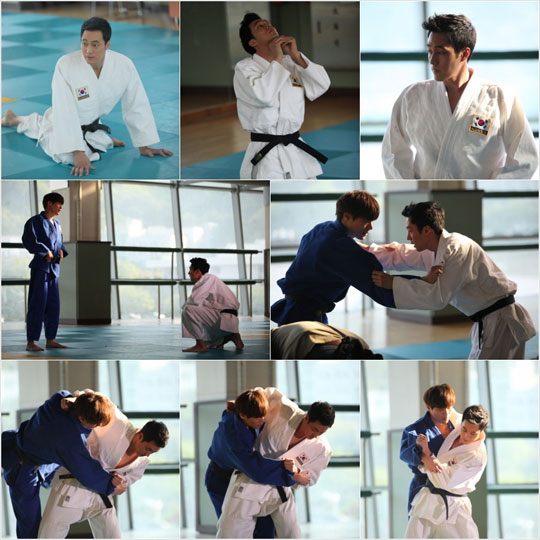 The scene of So Ji-sub attempting at Judo for the first time in his life has the attention of female viewers.

So Ji-sub is taking on the role of cyber investigator Kim Woo-hyeon in the new SBS drama "Ghost - Drama".

In the scene of So Ji-sub doing judo, the opposing partner is Choi Daniel. The two men in the drama are close university friends.

This scene was taken in a gym in Yongin University. Apparently the gym was crowded with students of the school trying to get a peek look at So Ji-sub and Choi Daniel wearing white uniforms and black belts.

According to the production, So Ji-sub never lost his smile during work and always made effort to do well in teamwork with his fellow actor friends. His judo skills were apparently quite outstanding despite the fact that it was first time trying it out.

""Ghost - Drama" So Ji-sub so charismatic in judo uniform"
by HanCinema is licensed under a Creative Commons Attribution-Share Alike 3.0 Unported License.
Based on a work from this source