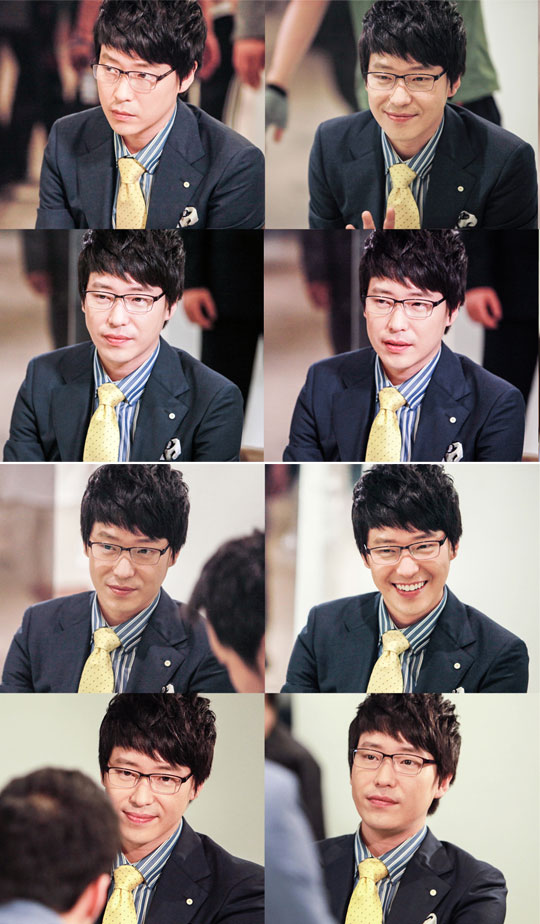 Uhm Ki-joon has been surprising people with his 8 different face changes in three minutes in the pictures. As if reading his opponent So Ji-sub's mind, Uhm Ki-joon is staring into his face, or smiling brightly, or making a scary face and other expressions in 3 minutes. While he is smiling his eyes look good-natured and then quickly changes to overpowering his opponent.

Viewers have nothing but good things to say about this actor. "I am scared of him now", "There isn't another Janus", "He's so good" and more.

Producer Kim Yoo-jin says, "Uhm Ki-joon smiles a lot and is very comfortable when he's on break but when he starts acting he is so good it's scary. He doesn't have that much of a part in the drama but his performance doesn't make it feel so".

Meanwhile, on the thirteenth episode of "Ghost - Drama" on the 11th of July, So Ji-sub, Lee Yeon-hee and Kwak Do-won will officially start investigating.

""Ghost - Drama" Uhm Ki-joon's 8-step expression change"
by HanCinema is licensed under a Creative Commons Attribution-Share Alike 3.0 Unported License.
Based on a work from this source