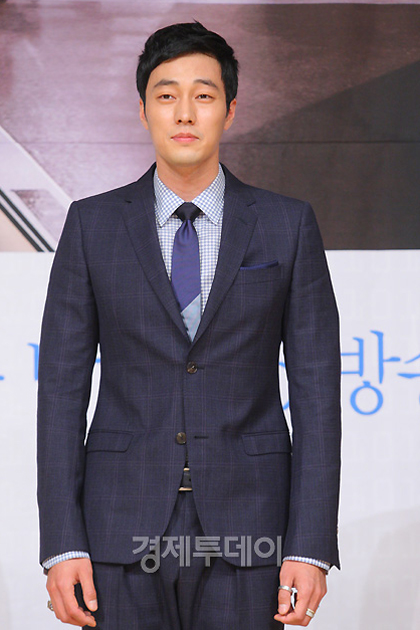 Actor So Ji-sub is coming back with a drama for the first time in a long time. He is Kim Woo-hyeon, an elite police cyber investigator who deals with cyber crime.

At the press premier of SBS "Ghost - Drama" in Seoul on the 22nd at 2 PM, So Ji-sub said, "I tried looking for something easy at first but this drama isn't. I am still anxious because it's an elite role. It's original and I thought it was a good subject for the generation we are in today so I decided I'll do it".

"Ghost - Drama" is about the digital generation and cyber crimes that happen through the computer and cell phones which we all know but aren't familiar with. Some said it was going to be tough. So Ji-sub said, "We are working hard to make sure viewers understand what they ware watching".

"Ghost - Drama" is to be aired on the 30th and other broadcasting companies will release theirs at the same time too. The first round was won by MBC "The Sun and the Moon" and the second round is currently neck-to-neck.

So Ji-sub was confident as he said, "The heavens will decide who wins. I hope we do well but I also hope we are acknowledged quality-wise. Thankfully, all the dramas that are starting at the same time are all different categories so we should all have our different merits".

Lee Yeon-hee from the OCN drama "U Turn" is Kim Woo-hyeon's partner as well as a rookie cyber cop named Yoo Kang-mi. So Ji-sub mentioned that he was sorry for her since he was much older than she is.

"Ghost - Drama", a thrilling suspense drama about the world of cyber tech and human secrets that we do not know about was written by Kim Eun-hee and produced by Kim Hyeong-sik from "Sign" which successfully ended last year. 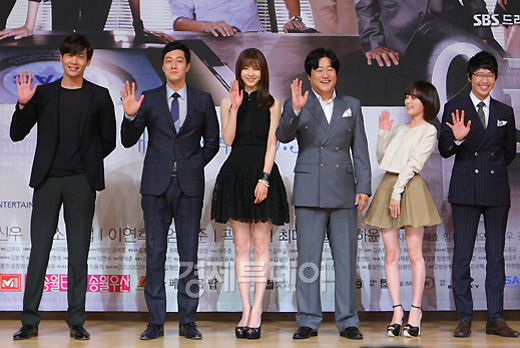 ""Ghost" So Ji-sub "It's not hard""
by HanCinema is licensed under a Creative Commons Attribution-Share Alike 3.0 Unported License.
Based on a work from this source