"Ghost" So Ji-sub monitors himself over and over again 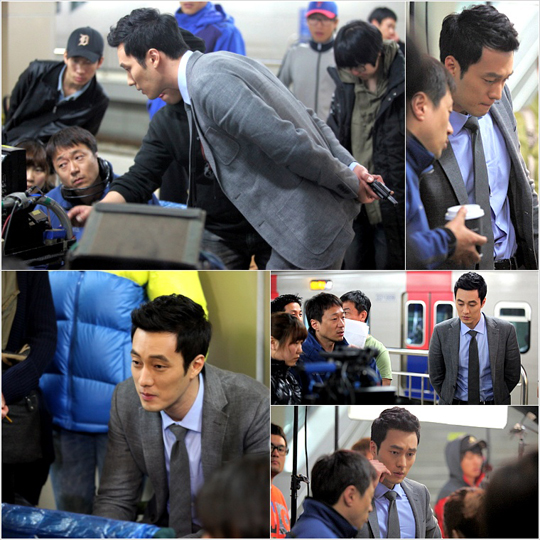 Actor So Ji-sub has become the king of monitoring.

Behind cuts of So Ji-sub who takes on the role of cyber investigations detective Kim Woo-hyeon in the SBS drama "Ghost - Drama", were revealed.

So Ji-sub continuously monitored himself while waiting for the next train to arrive during the shoot in a subway station.

This is the second time he is working with producer Kim Hyeong-sik since the 2009 drama "Cain and Abel".

The two share many conversations about the drama together and put in all their efforts to make a perfect scene.

Meanwhile, "Ghost - Drama" is about the cyber world and the cyber investigators who find out the secrets of those hiding behind high technology.

""Ghost" So Ji-sub monitors himself over and over again"
by HanCinema is licensed under a Creative Commons Attribution-Share Alike 3.0 Unported License.
Based on a work from this source