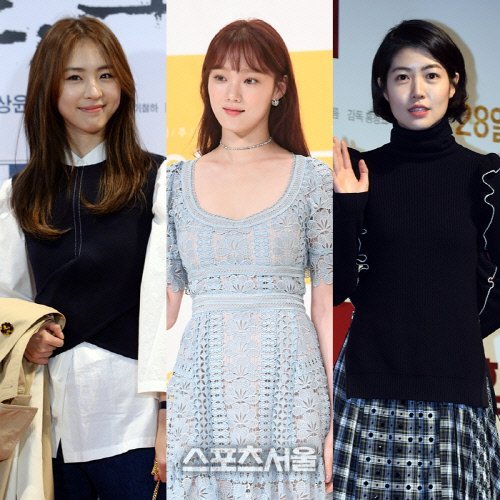 Actresses are coming back in dramas with 'girl crush' characters.

With the New Year coming up, actresses are taking up the challenge of characters with strong personalities. They are in their 20s and 30s with creditable amount of reputation, but they have yet to cause a boom in dramas.

First there's Lee Yeon-hee. She's coming back with the new MBC drama "The Game: Towards Zero". This would be her first drama in 3 years since the jTBC drama "The Package". She turns into a homicide detective in "The Game: Towards Zero". Lee Yeon-hee plans to make the biggest transformation since her debut in this drama, which is about a prophet who foresees the moment before death and a detective digging up secrets from 20 years ago. Her character of Seo Joon-yeong is very rational and charismatic when she's on the field but inside, she's hurt and wounded.

This transformation creates great expectations for Lee Yeon-hee, who has always had an innocent and pure image since her debut. It is said that Lee Yeon-hee is working hard for her new character, and whether this character of a detective is going to be the turning point of her life is something highly anticipated. In addition, she's reuniting with Ok Taecyeon, whom she acted with in the film "Marriage Blue" 6 years ago.

From model to actress, Lee Sung-kyung is appearing in a doctor's gown. She's starring in the new SBS drama "Dr. Romantic 2" starting on the 6th of January. Her character is Cha Eun-chae, an elite who takes some time off to wander, and this is Lee Sung-kyung's first drama in 3 years. Since she did a good job in her last medical drama, "Doctors", there is little worry that she won't do well in "Dr. Romantic 2".

The first season of the drama made it big and Han Suk-kyu is on board with her, which is expected to help her grow. Still cuts show Lee Sung-kyung has a different vibe around her.

Shim Eun-kyung is coming back with the latest tvN drama "Money Game". This is her first drama in 6 years since "Tomorrow's Cantabile". She's an actress with exclusive reputation when it comes to film, but she has not yet had a big break in drama. Shim Eun-kyung plays Lee Hye-joon, the new secretary of the international finance bureau of the Ministry of Strategy and Finance who dreams of living the easy life off the buildings she one day hopes to own. Her co-stars include Go Soo and Lee Sung-min.

A drama source says, "The role of a professional career helps actors transform their acting. Actors are also working harder to understand their careers and to make their acting more realistic. If the girl-crush characters gain popularity, it will certainly be a turning point".

"Girl Crush Queens Take Over the Home Screen"
by HanCinema is licensed under a Creative Commons Attribution-Share Alike 3.0 Unported License.
Based on a work from this source