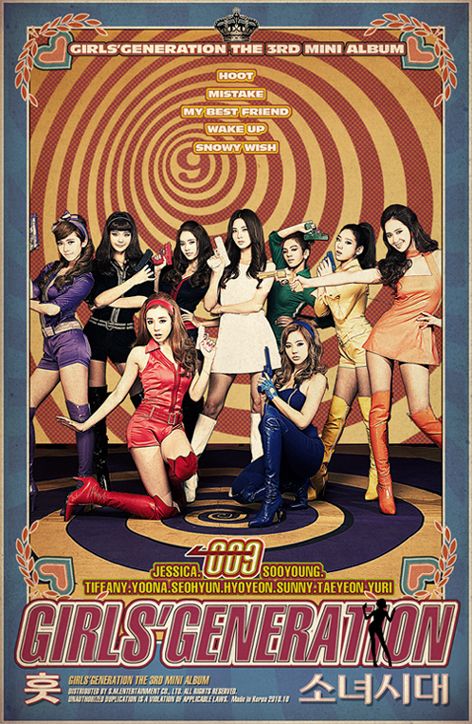 The girls scored their first win on Friday's music show "Music Bank" as well as taking the Mutizen Award on SBS' "Inkigayo" with their title track "Hoot" from their third mini-album of the same name.

"We want to say thanks to the fans who are always showing their support and love for us, and our family and agency SM Entertainment", the girls said in their acceptance speech.

Composed of members Taeyeon, Hyoyeon, Sunny, Tiffany, Jessica, Seohyun, Yoona, Yuri and Sooyoung, Girls' Generation made their debut in 2007 with their single album "Into the New World".

They also made their Japanese debut in August this year, attracting over 20,000 fans to their first showcase and became the first Korean girl group to reach the No. 1 spot on the Oricon chart.

The nine-member girl group have been promoting their new song "Hoot", about a girl warning her boyfriend to stop breaking her heart, which swept various online music since its release on October 25.