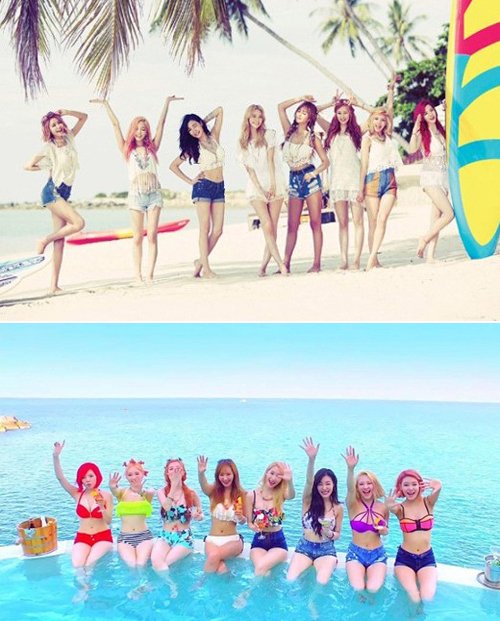 It added that the song is "spreading across the internet so quickly it reminds you why videos are called 'viral'," and "there's no point in denying it, just give in, and bow down to your new K-Pop overlords".

Released on July 7, the single has already racked up 11 million views on YouTube.

"Girls' Generation's Latest Single Garners Attention"
by HanCinema is licensed under a Creative Commons Attribution-Share Alike 3.0 Unported License.
Based on a work from this source