Girls' Generation's pictorial book to go on sale on June 7 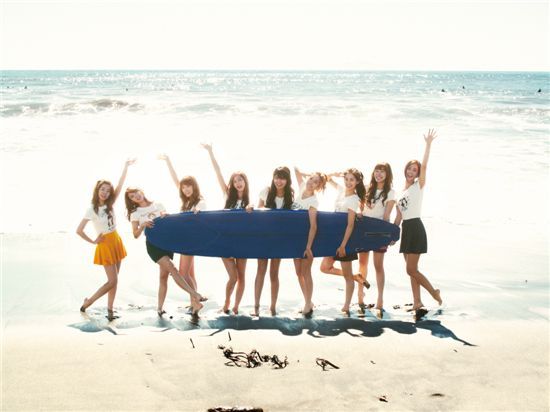 Girls' Generation first-ever pictorial booklet is set to go on sale starting June 7, according to their agency SM Entertainment on Thursday.

SM revealed through a press release that book titled "少女 (in Tokyo)", to be available both online and offline, has already received approximately 35,000 preorders.

The photographs in the book were shot in Tokyo late last year, featuring the girls looking natural while undertaking day-to-day occurrences such as traveling, playing sports and partying.

The pictorial book also includes behind-the-scenes images of the girl group and a DVD including the making of the book.

Girls' Generation, composed of members Tiffany, Taeyeon, Yoona, Jessica, Sunny, Sooyoung, Seohyun and Hyoyeon, have been one of the most popular female idols in the country since their debut in 2007.