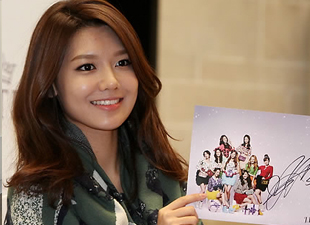 The Girls' Generation members are staying busy. This includes Choi Soo-young who will be trying her hand at acting.

Choi Soo-young has been cast in a new cable medical drama "The 3rd Hospital" where she will join forces with Kim Seung-woo, Oh Ji-ho, and Kim Min-jung. The drama will be produced by the same company that brought us "IRIS" and "ATHENA".

The storyline takes place in a neurosurgery department at an alternative hospital. There's a continuously ongoing debate regarding traditional Eastern medicine and Western medicine. The doctors are all equally passionate about their chosen type of practice.

This is her second acting experience actually, with her first role having been in the movie "Unstoppable Wedding".

"Girls' Generation's Soo-young Cast In New Medical Drama"
by HanCinema is licensed under a Creative Commons Attribution-Share Alike 3.0 Unported License.
Based on a work from this source