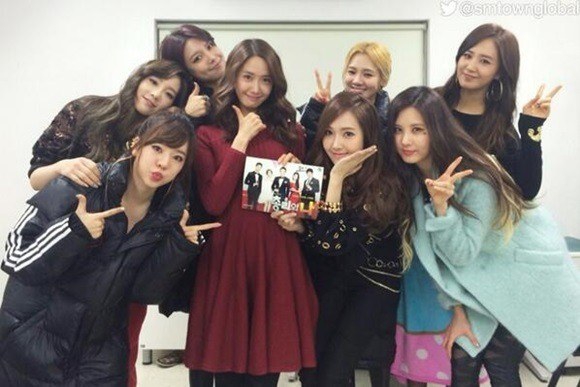 SM Twitter posted a picture of the members and Yoona on the set of the KBS 2TV drama "The Prime Minister and I".

The members have gathered around Yoona and are all posing to their likes and characters. They are smiling so brightly.

Previously, the Girls' Generation had to attend the 2013 SBS Gayo Daejun Festival and decided to stop by the drama set to support Yoona who wasn't there at the festival because of the drama.

"Girls' Generation visit Yoona"
by HanCinema is licensed under a Creative Commons Attribution-Share Alike 3.0 Unported License.
Based on a work from this source