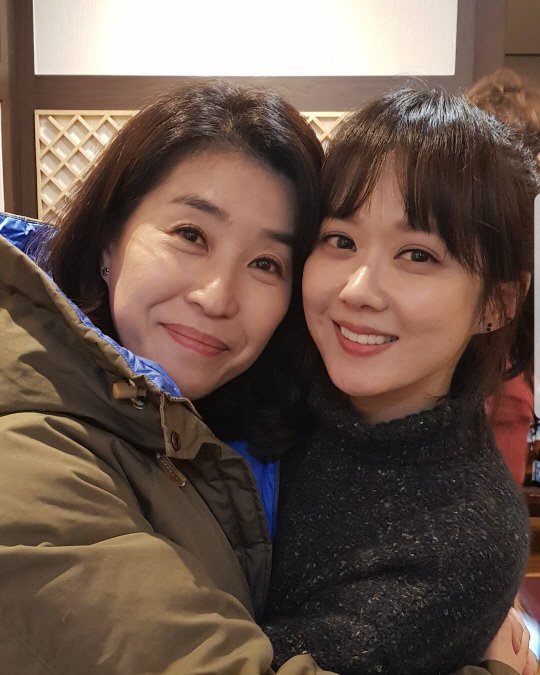 Jang Nara and Kim Mi-kyung shared pictures from the ending party of "Go Back Couple".

Jang Nara posted pictures of the after party on her SNS as well as a picture of Kim Mi-kyung carrying Park Ah-rin in her arms.

Jang Nara added, "Mi-kyung is holding up Ah-rin. She is mostly the reason why I decided to be on "Go Back Couple", although the script had a lot to do with it, too. She's my star and she affects me. Thank you for being in my life. I am so glad".

Mi-kyung had never met her grandson Seo-jin (Park Ah-rin) in the drama, but she got to meet him at the after party and held her up in happiness.

Kim Mi-kyung also posted pictures on her SNS of her hugging Jang Nara and said, "Jin-joo, let's be happy. And my grandson who I only met after the drama. He's such an angel".

Kim Mi-kyung starred in the drama "Go Back Couple" as Ma Jin-joo's (Jang Nara's) mother Ko Eun-sook. In the final episode of the drama, Ko Eun-sook told Ma Jin-joo go back to her child and that a mother can live without her parents, but not without her child. 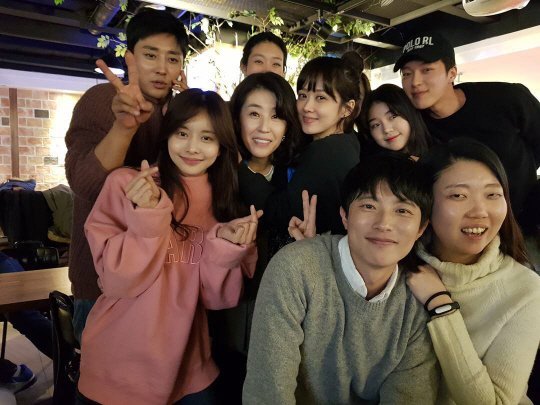 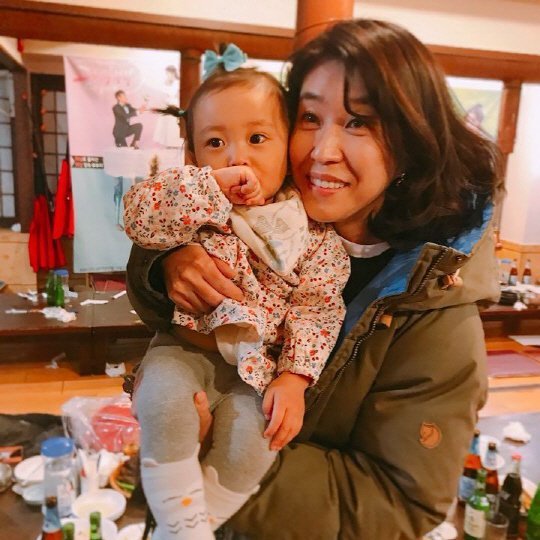 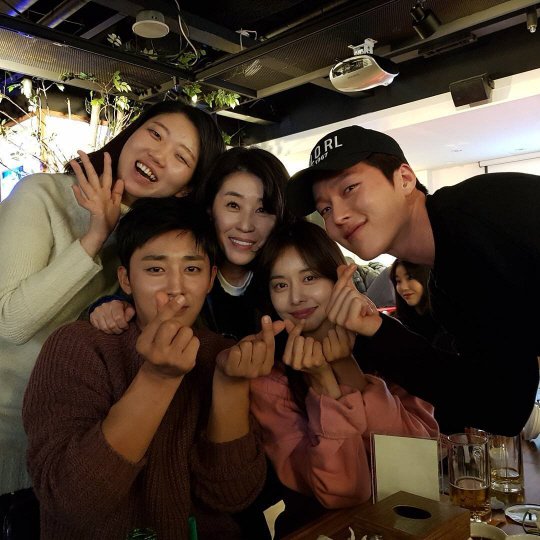 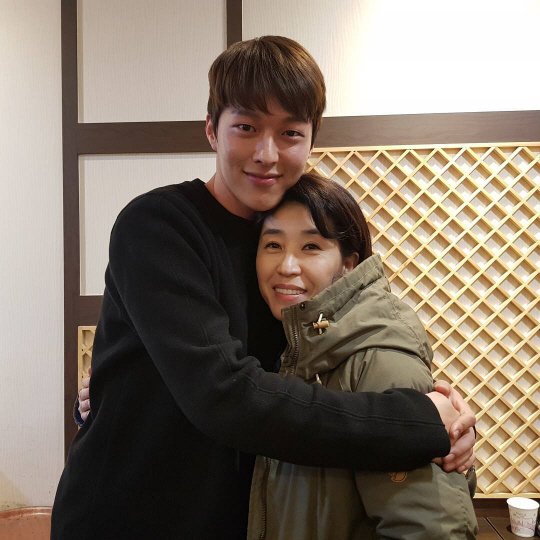 ""Go Back Couple" Jang Nara, Son Ho-jun, and Kim Mi-kyung at the ending party "
by HanCinema is licensed under a Creative Commons Attribution-Share Alike 3.0 Unported License.
Based on a work from this source