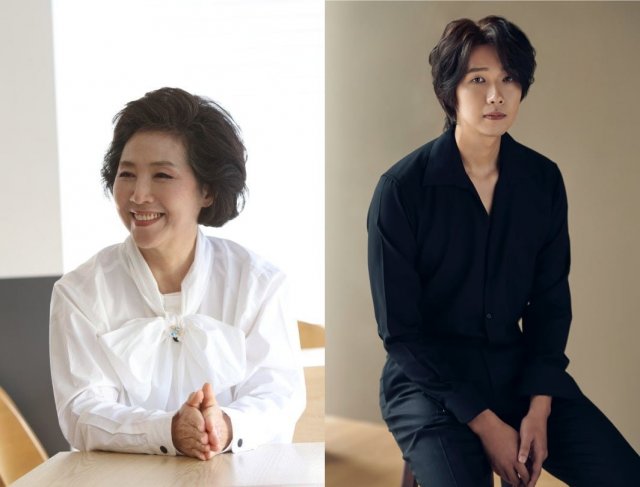 Actors Go Doo-shim and Ji Hyun-woo are starring in the movie "Everglow".

Myung Film announced the crank in of "Everglow" in the backdrop of Jeju Island starring Go Doo-shim and Ji Hyun-woo on the 4th. "Everglow", helmed by director So Joon-moon is about Jeju's greatest female diver, Jin-ok, and a documentary producer named Kyeong-hoon who comes from Seoul to film her.

Go Doo-shim plays Jin-ok and Ji Hyun-woo plays documentary producer Kyeong-hoon. Jin-ok is a character who's experienced the painful history of Jeju Island in person and Go Doo-shim is raising anticipation for the character as she is an actress true to her reputation and also known as 'the daughter of Jeju', her homeland.

In addition, Ji Hyun-woo, who has made impressive performances in several dramas such as "Old Miss Diary - Drama", "Merry Mary", "Queen In-hyun's Man" and more since his debut in 2003, as well as being involved in band activities, will be co-starring with Go Doo-shim.

Director So Joon-moon, who majored in directing, was recognized for his directing skills for "Old Lang Sign", which was invited to the international competition section of the 31st Clermont-Ferrand International Short Film Festival in 2007. Released in 2011, "●REC" was acclaimed as a visual surprise and emotional newcomer. Expectations are high on whether the Jeju film will be completed as a well-made film.

Looking forward to the first take, Go Doo-shim said, "The people of Jeju have the minds of a diver and they are proud of it. So I am grateful to be in this movie and I want to make it as beautiful as I possibly can". Ji Hyun-woo said, "Like the line 'The important things are not visible' from "The Little Prince", I hope this movie can be good for the heart".

So Joon-moon stated his determination. "It's like a dream to be working with someone like Go Doo-shim and Ji Hyun-woo. I am going to make a beautiful movie in beautiful Jeju Island".

In addition to being selected as the production support for the Korean Film Council in 2019, "Everglow" won the grand prize in a scenario contest to revitalize Jeju's location in 2019. It is scheduled to finish filming by June.