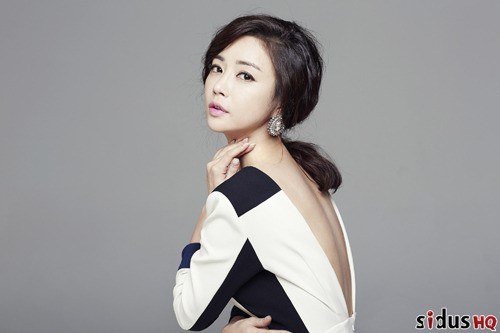 Actress Go Eun-mi is getting married in May.

According to several sources, she met a businessman 8 years older than her through friends in 2013 and is being wed in private on the 12th of May. News of her relationship was announced in August last year.

Her management has confirmed this fact but no more details of the wedding were given. They are careful about too much publicity because the groom-to-be is an ordinary businessman.

Go Eun-mi is currently starring in the MBC morning drama "Lady of the Storm". This drama ends in April with 120 episodes and she'll start getting ready for her wedding then.

Go Eun-mi mentioned that she wanted to get married and be a mother and wife to a regular family.

Go Eun-mi debuted in 1995 as a rapper with the group Tirabi then became an actress. She debuted with the movie "Guns and Talks" and then starred in the MBC drama "I Still Like You". She's currently starring in the drama "Lady of the Storm" as Do Hye-bin.

"Go Eun-mi gets married "
by HanCinema is licensed under a Creative Commons Attribution-Share Alike 3.0 Unported License.
Based on a work from this source