Go Hyun-jung: 'Fans Are Reliable Because They Trust Me' 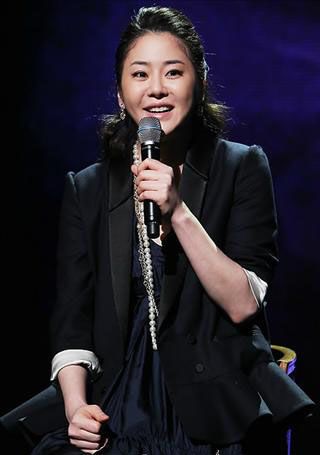 Star actress Go Hyun-jung had a fan meeting on June 13 for the first time in 21 years since she has debuted.

Ko held a press conference before the fan meeting started at CGV Art Hall in Yeongduengpo Time Square and she said, "I wanted to have this fan meeting, but now that it has actually taken place, I am little nervous".

She appeared at the venue with a rather anxious look and said, "I have always received something from my fans, and it seems to lack sincerity that I always only show myself to my fans by appearing in works. Before it is too late, I wanted to say thank to my fans, so I prepared and held this fan meeting". 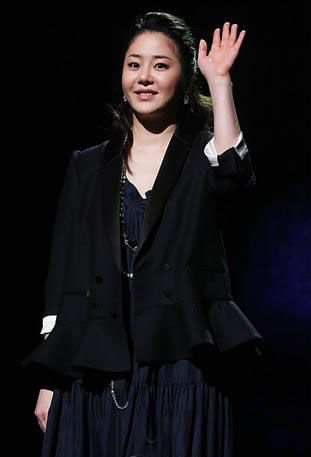 Asked about what her fans mean to her, she answered, "Fans are people who do not misunderstand me. I have done many things that are enough to make people misunderstand me, but whatever I do, my fans do not judge me and they trust me. So, they are very reliable and make me comfortable. I am actually a person who cannot express appreciation well, and my fans seem to know my personality very well because they have not been disappointed by me".

She prepared her favorite belongings to give them to her fans as a present and personally invited guest members to the fan meeting. She said, "It is very meaningful because I am inviting my fans for the first time. Even though I cannot talk with every one of them, I want to look at every fan's face".

She was also asked whether there is a particular fan who has remained in her memory. She answered, "Even during a time when they did not know whether I would make a comeback or not, my fans gathered and formed a fan club to discuss memories of me and to remember me. I remember all those fans. There is a fan who has posted pictures of her everyday life from the time when she started to go out and have a baby and, what is more, how the baby has grown up. I found out that the baby actually has known me as an aunt, so I said that I am not a real aunt. (laugh)" 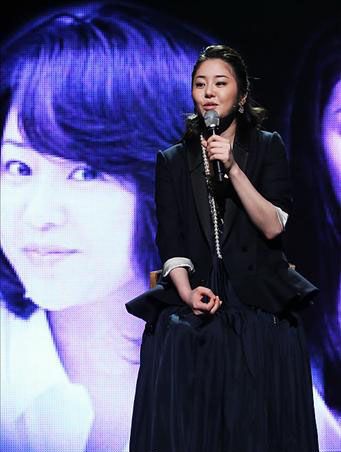 After she made a comeback, she could realize that her fans have become more enthusiastic. She said, "Some fans came to the set and gave me a birthday gift, and I actually thought that they were different from the fans who just sent letters to me in the past. I never experienced such enthusiastic fans before".

She said, "My fans are like me. As if they know that I might feel embarrassed if they come too close to me, they do not approach me too closely. I really thank them for those their consideration". The fan meeting was held in private and Kim Jae Dong hosted the fan meeting. Go Hyun-jung had debuted after she was voted the second runner-up in the Miss Korea Beauty Pageant in 1989, and gained huge popularity when she appeared in the SBS TV drama "Sandglass" in 1995. But, during the height of popularity, she married and retired from the entertainment industry. After she divorced in 2003, she made a comeback in 2005 with the SBS TV drama "Spring Days" and after that she has proven that she remains a star actress by showing up in dramas such as the MBC TV drama "Fox, What Are You Doing ??" and "H.I.T" and movies such as "Woman on the Beach"",Like You Know It All" and "Actresses".