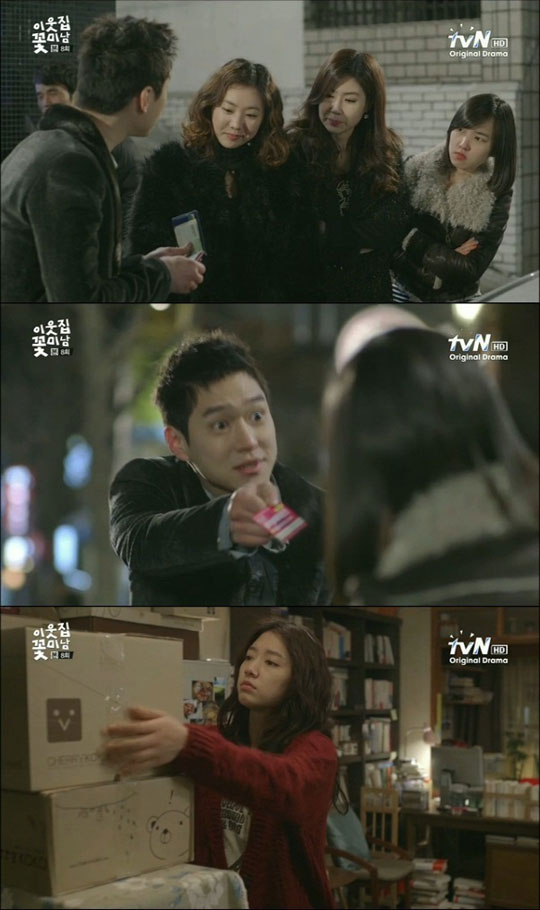 It turns out that Go Kyung-pyo was a sub driver.

On the eighth episode of the cable tvN drama "Flower Boy Next Door", Yoo Dong-hoon (Go Kyung-pyo) appeared at a club.

He approached a drunk girl standing by herself and asked if she wanted to leave with him.

Just then, Oh Jin-rak (Kim Ji-hoon-I) called him and said, "You don't have time to be fooling around every night. You need to draw".

When the girl's friends asked who he was he said he was the substitute driver and drove them to their destination.

Meanwhile, Ko Dok-mi (Park Shin-hye) opened a box of goodies from Cha Do-hwi (Park Soo-jin) and was wet with thoughts looking at the items full of school memories.

"Go Kyung-pyo was a pretty boy driver"
by HanCinema is licensed under a Creative Commons Attribution-Share Alike 3.0 Unported License.
Based on a work from this source