Go Myung-hwan, "Starring in the same drama as my wife Im Ji-eun" 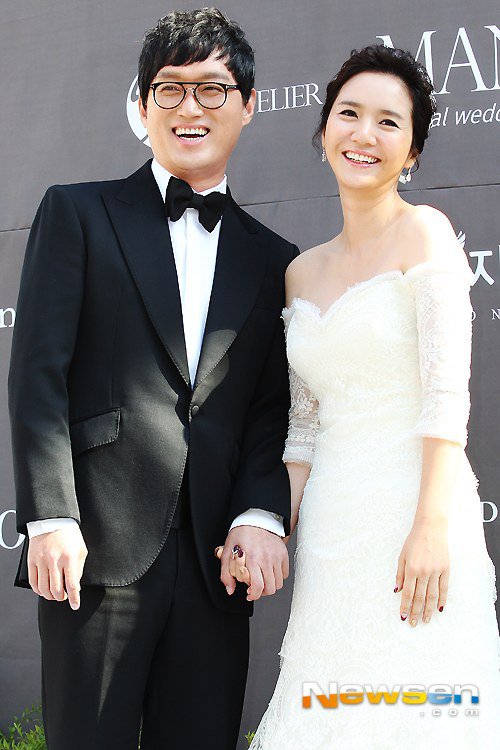 Go Myung-hwan and Im Ji-eun are starring in the same drama together.

They are starring in the SBS drama "You Are a Gift". Go Myung-hwan is a single owner of a chicken house next to Im Ji-eun's restaurant.

The two are married in real life. They met in a comedy program 15 years ago and got married in October of 2014.

Go Myung-hwan said, "This drama feels special to me because I'm starring in it with my wife. My character is a pure and innocent one in the drama and he's a lot different than me. So my wife says it's fun co-starring with someone who isn't like me".

"My wife helps me to concentrate on my role but at the same time she stimulates me to work harder. She's got wit and hopefully our chemistry makes the drama better".

"Go Myung-hwan, "Starring in the same drama as my wife Im Ji-eun""
by HanCinema is licensed under a Creative Commons Attribution-Share Alike 3.0 Unported License.
Based on a work from this source