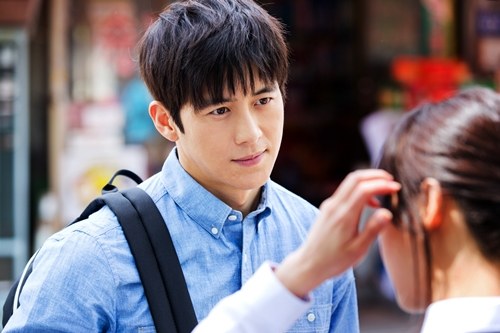 Go Soo, starring in the upcoming SBS drama "Empire of Gold" had his first filming session. This is Go Soo's first drama come back in four years.

He takes on the role of Jang Tae-joo, a normal son who takes over the Empire of Gold. He has an intelligent brain, strong passion and delightful laugh but doesn't have money so he is ridiculed and looked down upon. He then suffers betrayal and turns into a cold-blooded adventurer.

The first scene was shot in Incheon with him and his little sister played by Yoon Seung-ah, buying a T-shirt for their father.

Go Soo said, "I am nervous also because it's been a while. I tried hard to get used to it and I think I did a pretty good job".

"Go Soo's first filming"
by HanCinema is licensed under a Creative Commons Attribution-Share Alike 3.0 Unported License.
Based on a work from this source