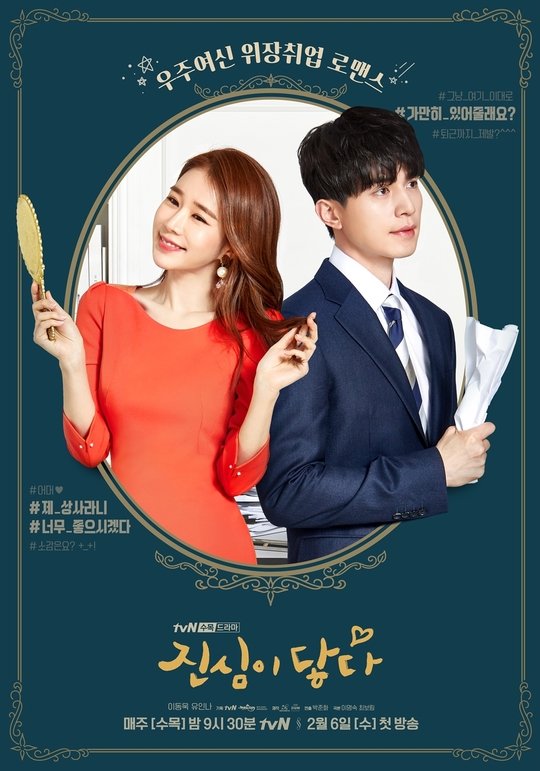 Why did the infamous "Goblin" couple, Lee Dong-wook and Yoo In-na, choose "Touch Your Heart"?

The tvN drama "Touch Your Heart" is about a top actress who goes downhill after getting involved in a drug scandal with a third generation chaebol, and the lawyer who falls in love with her. Lee Dong-wook plays Kwon Jeong-rok, the ace of Always Law Firm that Oh Yoon-seo (Yoo In-na) works at. Oh Yoon-seo is his assistant.

This isn't the first time Lee Dong-wook and Yoo In-na worked together. They co-starred in the tvN drama "Goblin" two years ago as Death Angel and Sunny. "Goblin" gave them their life's characters so their reunion in "Touch Your Heart" was highly anticipated. It was also Yoo In-na's first comeback in two years since "Goblin".

However, "Touch Your Heart" didn't do so well. The bad-tempered guy and the clumsy girl was a typical set-up. Kwon Jeong-rok and Oh Yoon-seo's romance didn't get any support as well and the story was predictable. Yoo In-na and several sub-roles were in charge of comedy, but they weren't that funny.

The drama did put itself apart from other dramas with the background of a law firm and the court. It also deals with the current social issues like Seungri, Jung Joon-young, and the late Jang Ja-yeon. However, it wasn't enough to grasp the interest of viewers. The simple story and typical characters made viewers change the channel.

The viewing rate continued to go down. The first episode rated 4.736% which is the highest it goes and soon dropped to 3%. There wasn't enough topic to go around either.

The performance of the cast was satisfying but that was that. People are beginning to wonder why Yoo In-na and Lee Dong-wook chose "Touch Your Heart" in the first place.

Meanwhile, Lee Dong-wook and Yoo In-na's "Touch Your Heart" ended on the 28th of March.

""Goblin" Couple Yoo In-na and Lee Dong-wook in "Touch Your Heart""
by HanCinema is licensed under a Creative Commons Attribution-Share Alike 3.0 Unported License.
Based on a work from this source