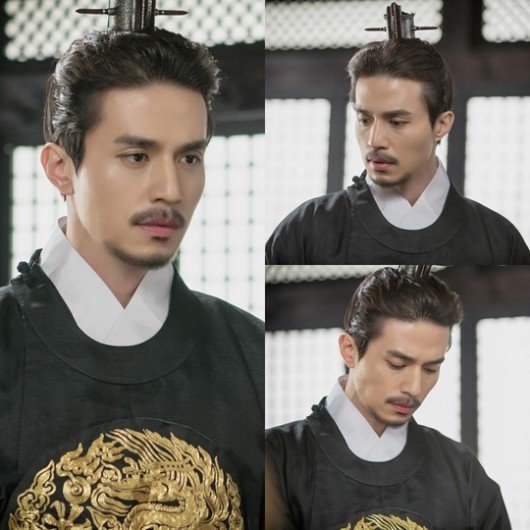 Lee Dong-wook is currently starring in the tvN drama "Goblin" as a Death Angel who can't remember his past life.

In the previous episode, Sunny (Yoo In-na) turned out to be Kim Sin's (Gong Yoo) sister Kim Seon. At the same time, the Death Angel was seen wearing a king's gown.

The Death Angel who cried as soon as he saw Sunny and cried over the letter Kim Sin had of his sister, was actually a king. Kim Sin had met the rebirth of her sister he never met for 900 years.

Stills of Lee Dong-wook as the king of Koyreo were released. He is submerged in sadness and grief which is completely different from the Death Angel today.

This scene was taken recently in Suwon. Lee Dong-wook had to change his aura into a more solemn and sincere one.

Lee Dong-wook put all the emotions of grief, anger, sadness and lingering into his eyes. Then later, he checked himself out on the monitor.

Meanwhile, the eleventh episode of "Goblin" can be seen on the 6th.

""Goblin" Lee Dong-wook turns into a king, 'Death Eater?'"
by HanCinema is licensed under a Creative Commons Attribution-Share Alike 3.0 Unported License.
Based on a work from this source