Goddess's swearing? It's alright in the movies 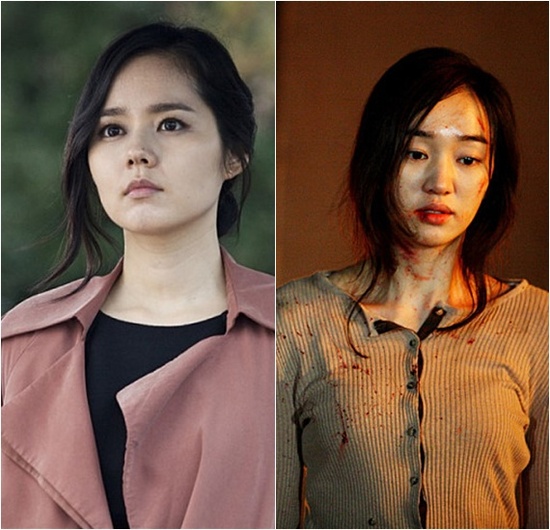 Actress Han Ga-in surprises you in the movie "Introducing Architecture". She gets drunk and swears, "This is bullX, this X" and cries. Of course this situation is closer to a self-lamentation that brings out sympathy for her and there is a difference from just swearing and acting.

However, looking at it closely, movies are a special space for actresses. Even those who are called 'goddesses' are allowed to swear in movies with the excuse of 'trying out something new'. Actress Jung Ryeo-won characterized into the granddaughter of a great company chairman with red hair and heavy make up, swearing all the time in the SBS drama "Salaryman" but they were all censored.

It is only possible in movies for actresses to swear like that with their own voice and no censoring. It's actually the only way.

Actress Soo Ae has sworn before Han Ga-in. She swore in the movie "Midnight FM" in the year 2010.

In this movie, Soo Ae is Ko Seon-yeong who is a famous announcer and radio DJ who gets a threat call on live radio that her family were in danger.

When she is stuck in a situation where the threat caller, Yoo Ji-tae tells her she has to complete his requested missions with not the slightest bit of flaw, she swears. She should've done this a while ago according to the facts of the movie but it seemed like she was bottling it up inside. It was a short swear but it became an issue because Soo Ae did it. She once mentioned in an interview, "It was refreshing to let it all out".

There are some cases where it would've been better to be more aggressive. Lee Na-young took on the role of a female detective with action performances and of course, swearing in the recently released movie "Howling".

However, there isn't anything so memorable about what she said. It agreeable that she has a knack in action but she can only be called, 'a female detective seasoned with swearing' and not a 'an aggressively swearing detective'.

Anyways, the screens are where actresses are allowed to swear. Just like it's shocking when someone who usually doesn't use bad words suddenly swears, the actresses should learn how to use the bad words well to create an impression. Go to theaters if you want to hear them swear. 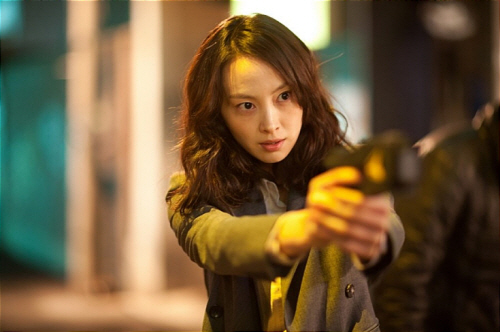 "Goddess's swearing? It's alright in the movies "
by HanCinema is licensed under a Creative Commons Attribution-Share Alike 3.0 Unported License.
Based on a work from this source