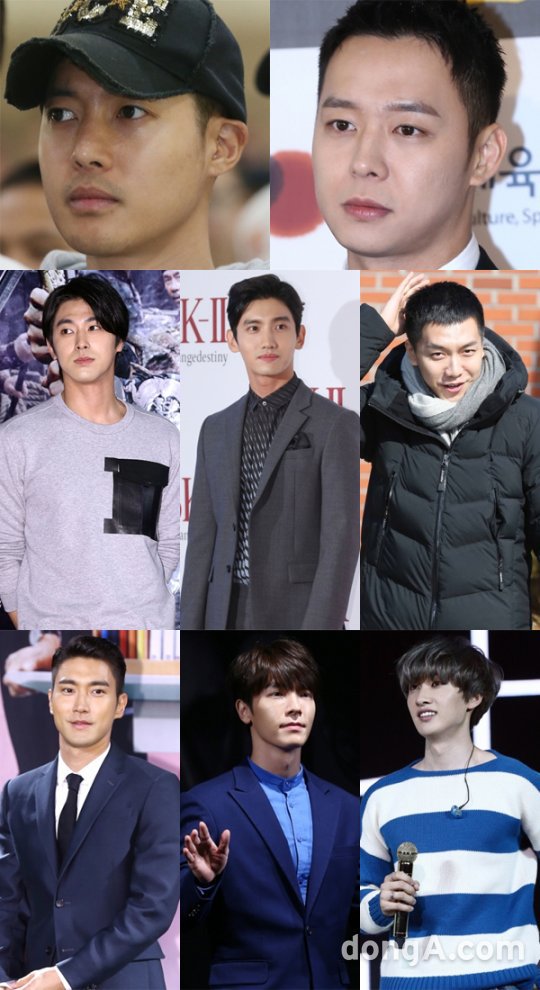 They are back. Kim Hyun-joong, Yunho, Changmin, Super Junior's Eunhyuk, Donghae, Choi Si-won and Park Yoo-chun are coming back to society after serving their duties in the military.

Kim Hyun-joong is out on the 11th of February. Despite his legal suit with his ex-girlfriend, he completed his duties and is coming back out real soon.

Yunho from TVXQ is coming out in April and so is Changmin in August. Dong-hae who is two months ahead of him, will be released in July.

Many male celebrities are coming back to the entertainment biz but those who had issues with the public won't be hurrying to come back. They will have a time of absence even after their National Service.

"Going in and coming out of the military from Kim Hyun-joong to Lee Seung-gi"
by HanCinema is licensed under a Creative Commons Attribution-Share Alike 3.0 Unported License.
Based on a work from this source