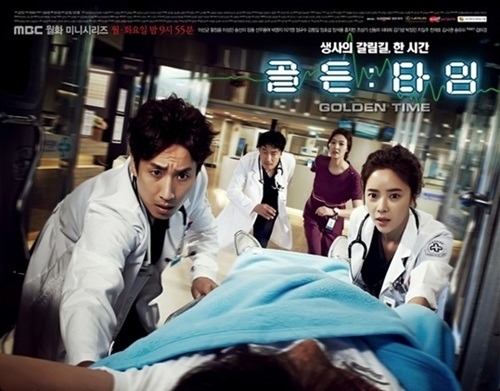 It fell 1.6% from 13.6% and started an hour later than usual because of the 2012 London Olympics broadcast.

While the KBS and SBS competitors were cancelled due to the Olympics, it's disappointing that "Golden Time" didn't show an increase in the viewing rate.

""Golden Time" ranks first place but drops in rate"
by HanCinema is licensed under a Creative Commons Attribution-Share Alike 3.0 Unported License.
Based on a work from this source