Gong Hyo-jin and Jo In-sung in Japan for drama "It's Okay, That's Love" 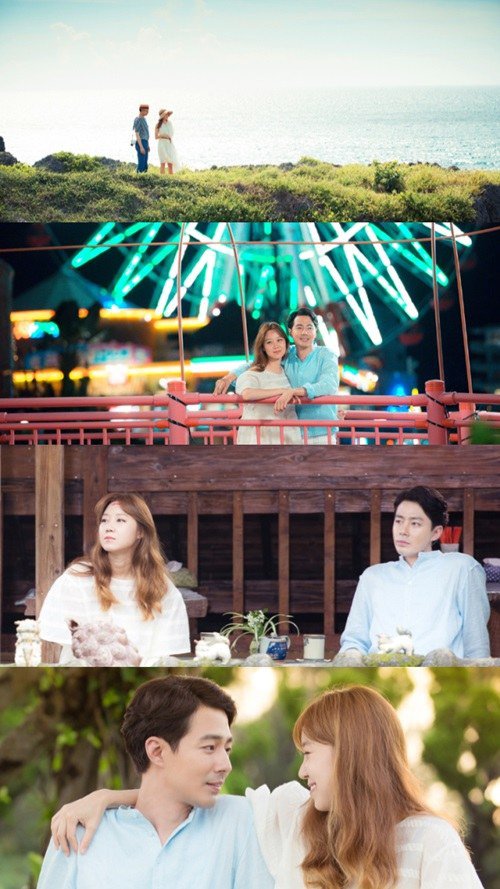 Gong Hyo-jin and Jo In-sung acted out as a couple for the very first time.

Stills from a scene taken in Okinawa, Japan were released on July 8th.

The scene from Okinawa is from the middle part of the drama where Jang Jae-yeol (Jo In-sung), a mystery novelist and mental doctor Ji Hae-soo (Gong Hyo-jin) show their love for each other.

The two of them flourish together as they travel side by side. They also kiss and make up after arguing about things.

This scene was taken on the 22nd of June after Gong Hyo-jin had been in an accident. Everyone applauded at her professionalism.

Gong Hyo-jin did her best on this day without showing any sign of exhaustion whatsoever.

Jo In-sung was very considerate and supportive of her and so were the other staff. Everyone was trying to make things easier for each other.

"It's Okay, That's Love" was taken in various nature-rich places in Japan. Fans who tagged along presented Gong Hyo-jin with flowers and presents, wishing her a speedy recovery.

"It's Okay, That's Love" will be broadcasted on the 23rd of July.

"Gong Hyo-jin and Jo In-sung in Japan for drama "It's Okay, That's Love""
by HanCinema is licensed under a Creative Commons Attribution-Share Alike 3.0 Unported License.
Based on a work from this source