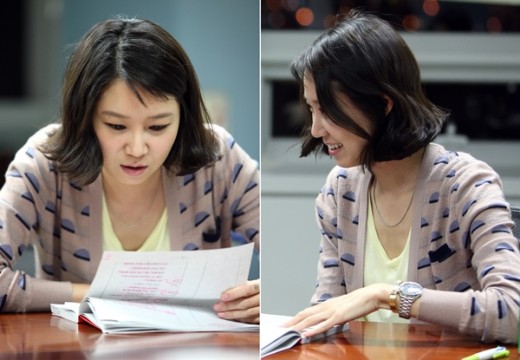 She attended the script reading for new MBC drama "The Greatest Love" on the 29th at Ilsan MBC Dream Center.

She wore a simple white T-shirt with a cardigan and looked natural. Her hair was short with thick waves and short bangs.

In the drama she is a muddy idol group member Koo Ae-jeong. This is her first project in a year and 2 months after "Pasta".

Meanwhile, "The Greatest Love" is a romantic comedy about an out of season female star and will be broadcast after "Royal Family".

"Gong Hyo-jin transforms to short wavy hair "
by HanCinema is licensed under a Creative Commons Attribution-Share Alike 3.0 Unported License.
Based on a work from this source