Gong Yoo and Jung Yu-mi at Cannes: Take a look at their happy smiles 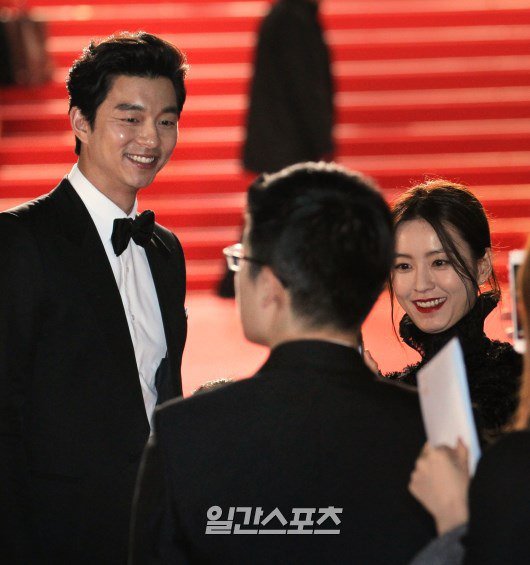 Actor and actress Gong Yoo and Jung Yu-mi of "Train to Busan", which has been invited to the Midnight Screening section of the 69th Cannes Film Festival, are attending the premiere screening at Lumière Theatre in the afternoon on May 13th local time in Cannes, France.

"Train to Busan" starring Gong Yoo, Jung Yu-mi and Ma Dong-seok is a film by director Yeon Sang-ho. The blockbuster film is about the struggles to survive by the people who went on a KTX express train to Busan from Seoul, while the unprecedented zombie virus seized the entire Korea.

"Train to Busan" is coming to the theaters in July in Korea.

"Gong Yoo and Jung Yu-mi at Cannes: Take a look at their happy smiles "
by HanCinema is licensed under a Creative Commons Attribution-Share Alike 3.0 Unported License.
Based on a work from this source