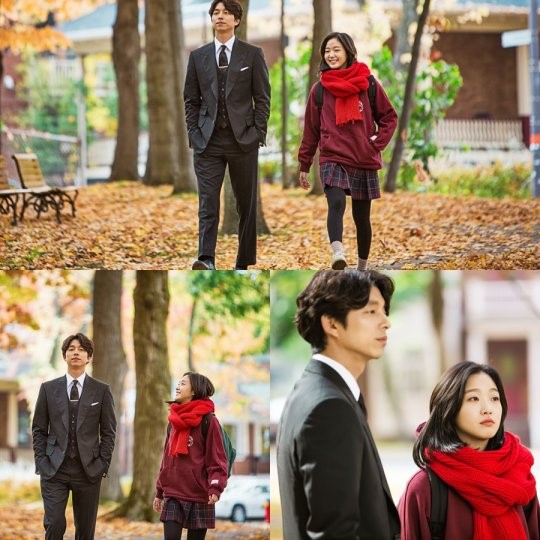 This drama is about a goblin and the Angel of Death living together. These roles are very different from what the actors are used to.

The photos released are from their shoot in Quebec.

According to the production crew, "The two actors are working on creating their own unique roles and we are excited to see how they grow as we continue to film".

The first episode is set to air on December 2.