Gong Yoo, having the last fan meeting before enlists in the army 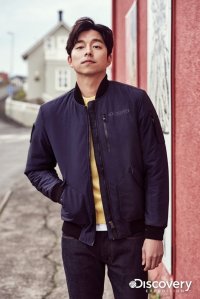 Gong Yoo, who became the 'Most precious man of the year' through his latest drama, 'Coffee Prince' is having the last fan meeting before he enlists in the army. On Sunday, 6th January 2008, he will be meeting with 1000 fans.

The spokesman from his agency, Sidus HQ, said, "He planned this event in order to say thank you to his fans before he go. This will be a very meaningful time for both him and the fans, where he will have an opportunity to share true and honest story with them".

From his latest drama, "Coffee Prince", Gong Yoo became the 'Asia's most precious man', rapidly gaining popularity in Korea as well as Japan, Taiwan, China and other Asian countries. As a proof of his rapidly increased popularity, he was nominated in 'Best Actor', 'Most Popular Actor by Netizens', and the 'Favorite On Screen Couple Award' in '2007 MBC Drama Awards' on 30th December.

In the meantime, he will make his registration in Chung-nam Non-san Military Service Training Center on Monday, 14th January 2008. After 5 weeks of basic military training, he will begin his military service.

"Gong Yoo, having the last fan meeting before enlists in the army"
by HanCinema is licensed under a Creative Commons Attribution-Share Alike 3.0 Unported License.
Based on a work from this source