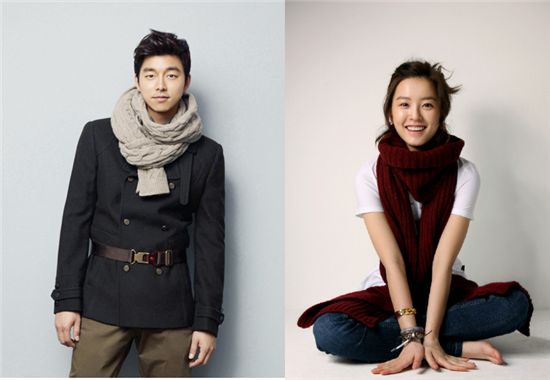 Actor Gong Yoo and actress Jung Yu-mi have been cast together in a new film, announced their agency N.O.A. Entertainment on Friday.

According to a press release by N.O.A., film "Silenced" ("Dogani"), whose title can be translated into 'a scene', is based on the 2009 best-seller of the same name written by Korean writer Gong Ji-young who looked into a sexual violence case committed in one of the schools for hearing-impaired people in Gwangju.

Gong Yoo will play a teacher at the school who discovers the case and Jung, a human rights activist who joins Gong's efforts to publicize the case, standing opposed to the school's staff and other officers who try to conceal the incident.

The film, to be directed by Hwang Dong-hyuk, will crank in next month and is expected to premiere around the latter half of this year.

He rose to stardom as a heartthrob in MBC's hit romance series "Coffee Prince" (2007) about a guy who falls in love with a girl disguised as a boy. After being discharged from his two-year mandatory military service he co-starred in "Finding Mr. Destiny (2010)" with actress Im Soo-jung.