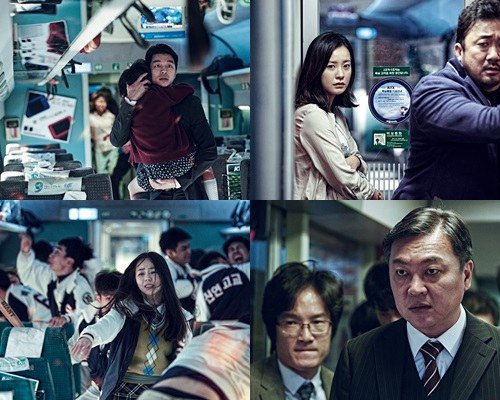 The cast of "Train to Busan" talked about how they got to star in the movie.

"Train to Busan" is a blockbuster about a group of people on the KTX train struggling for survival while an unprecedented natural disaster hits Korea. "Train to Busan" started off with a lot of attention as the director had come up with a new element for this movie and the scenario was outstanding. The cast is also made up of the greatest actors and actresses.

Gong Yoo stated the reasons he chose "Train to Busan": "This new element for the movie will create synergy and it's something you have never seen in Korea before". Gong Yoo has starred in various movies from "Silenced" and "The Suspect". He claimed he felt the success of the movie just by looking at the scenario.

Jung Yu-mi, Ma Dong-seok and Choi Wooshik mentioned the movie's intensity and appealing characters as their reason for starring in the movie. Jung Yu-mi said, "I loved the scenario and how intense it sounded". Choi Wooshik mentioned the turning point of the movie and Ma Dong-seok said, "I fell for characters that are full of humanity. This action is different from the other action movies I've done".

Lastly, the cast has never ending faith in the director Yeon Sang-ho. Ahn So-hee said, "Director Yeon Sang-ho is a good reason enough to star in "Train to Busan". Kim Eui-sung said, "He has a stance and he is perfect in his direction". Kim Su-an said, "The director told me to do what I liked to do and he monitors me thoroughly".

"Gong Yoo, Jung Yu-mi, Ma Dong-seok, Ahn So-hee, Choi Wooshik's "Train to Busan""
by HanCinema is licensed under a Creative Commons Attribution-Share Alike 3.0 Unported License.
Based on a work from this source