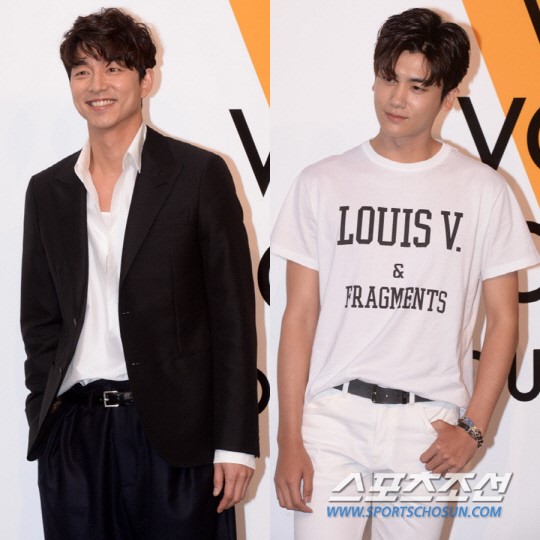 This global series of exhibition was held only in certain places in the world, and South Korea had the honor to host the 3rd exhibition at DDP. Louis Vuitton South Korea invited selective VIP guests to the exhibition and as Gong Yoo and Park Hyung-sik walks in to the plaza, numerous cameras flashes their lights all at once and many women gasped with admiration. 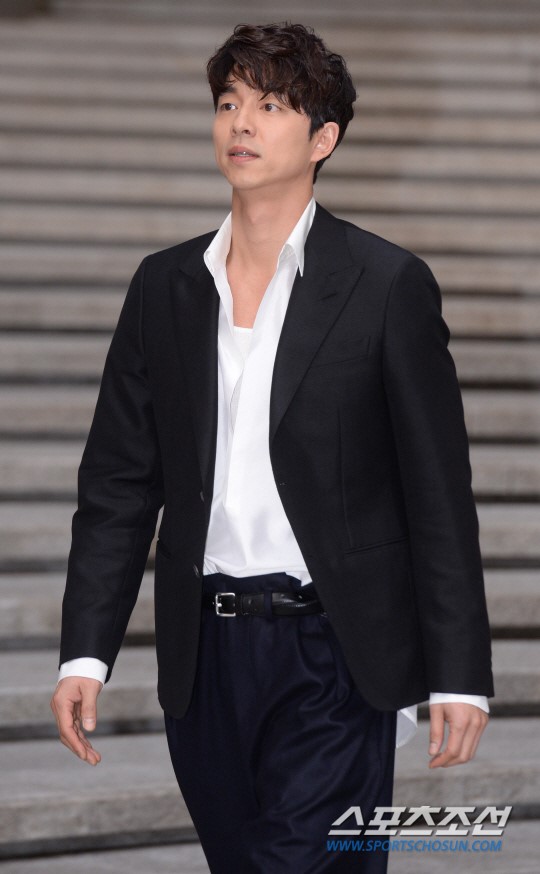 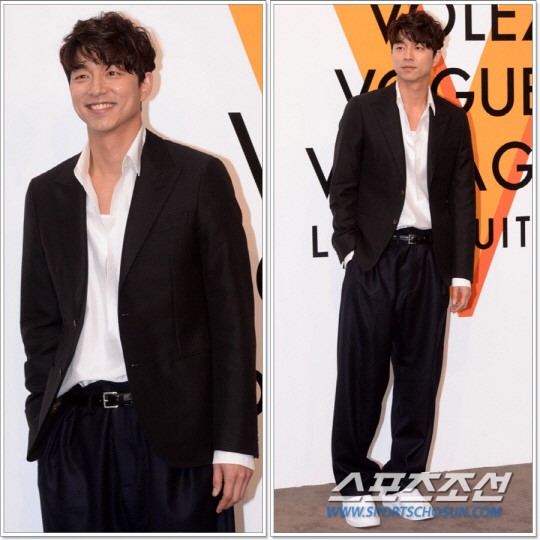 As Actor Gong Yoo gained the image of classical gentleman with his latest drama, "Goblin", Louis Vuitton's 2017 F/W suit style was more than suitable for him. Simple black and white look, yet packing the luxurious tint to the style is captivating. 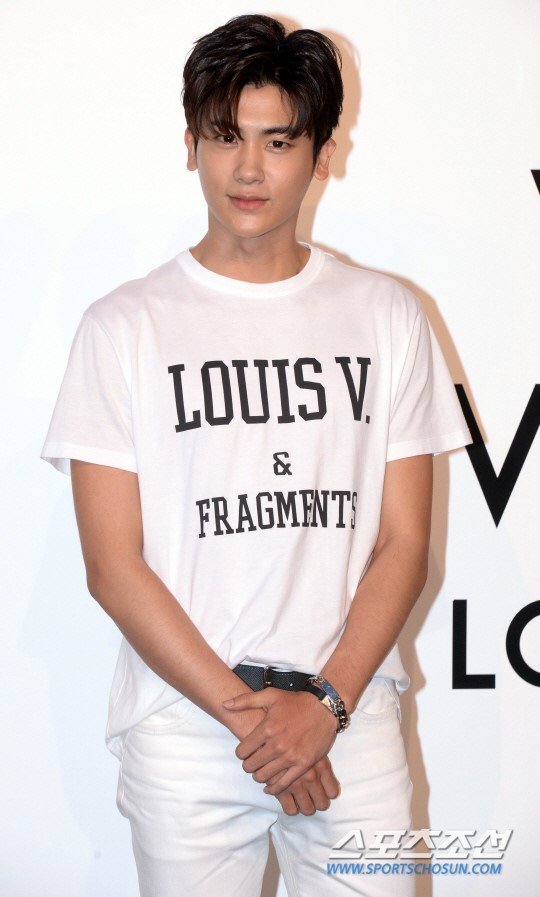 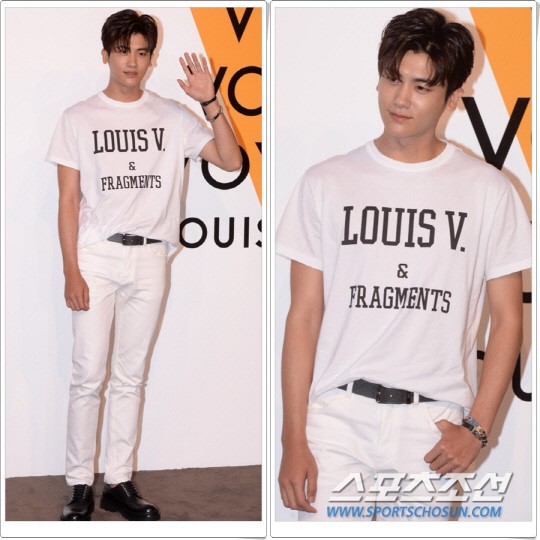 Having the brand's logo on the shirt was a tacky fashion choice for a while, but it's becoming a trend once again! Louis Vuitton is following up with that trend also and Park Hyung-sik was able to catch that. Unlike Gong Yoo, Park Hyung-sik decided to go with an all-white look with black accent. The all-white look emphasize Park Hyung-sik's charming baby face, yet the fitted outfit emphasize his masculinity, creating a powerful look.