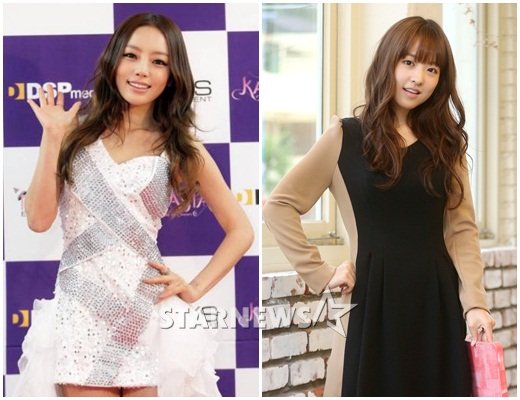 Girl group Kara's Goo Ha-ra and "A Werewolf Boy" heroine Park Bo-young are about to make their screen rendezvous.

According to the movie industry, Goo and Park have decided to star in the movie "Blood Hot Young Bloods" which is about the laughter, impression and conflicts of the last uniformed generation of the 80's .

This is the first time Goo Ha-ra is starring in a Korean movie. She's been in the SBS drama "City Hunter" and semi-documentary "Our Kara".

Park Bo-young's recent film was "A Werewolf Boy" and she happened to like what she read about "Blood Hot Young Bloods". She's negotiating the role of a school bully.

The two known goddesses have something in their way. Goo Ha-ra shows enthusiasm for this movie but she has the Kara schedule to think of. Park Bo-young will confirm more in the future once the investment and distributing is put in place.

"Goo Ha-ra and Park Bo-young's rendezvous debut"
by HanCinema is licensed under a Creative Commons Attribution-Share Alike 3.0 Unported License.
Based on a work from this source