"Good Casting" Choi Kang-hee, "Every Moment Was a Happy One" 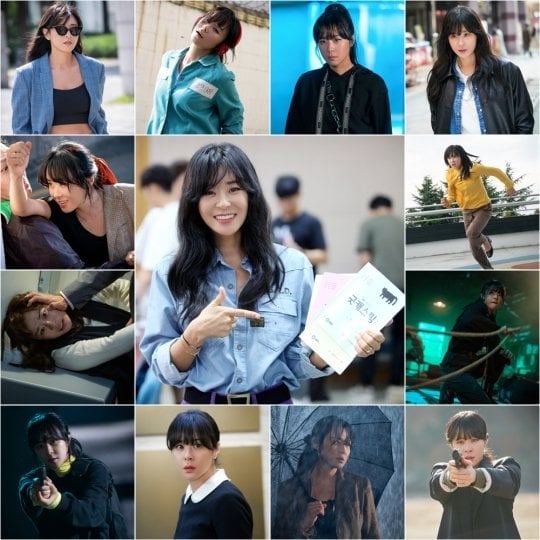 Choi Kang-hee made a speech about the end of the drama "Good Casting".

On the 17th, the actress said, "I watched the drama like a viewer myself, as it was pre-produced, but now I'm sad it's over. The drama felt like a present more because I watched people around me be happy while watching the drama at a hard time like this".

She went on and added, "I would like to work with the same director and staff once again if I get the chance. Every moment with "Good Casting" was a happy one and I thank everyone who showed support until the end".

The SBS Monday-Tuesday drama "Good Casting", in which Choi Kang-hee was a lead, ended on the 16th. Baek Chan-mi (Choi Kang-hee), who conducted a disguised infiltration operation to prevent the leakage of national industrial technology, arrested Michael (Kim Yong-hee), an industrial spy, and also joined in romance with Yoon Seok-ho (Lee Sang-yeob). Since then, she has reunited with Hwang Mi-soon (Kim Ji-young) and Im Ye-eun (Yoo In-young) to pursue a larger organization, painting TV screens at home with a sense of cheerfulness and warmth.

Choi Kang-hee, who played the role of Baek Chan-mi, a black ops agent with the best skills and worst personality of the NIS, has established a new genre of female narrative by breaking away from her cute and innocent image that stimulates one's protective instinct, and showing off her girl crush charm with an outspoken personality and leadership. Choi Kang-hee's perfect performance, from her excellent action skills as an ace agent to her comic acting, affectionate romance and fantastic teamwork, received attention and love from men and women of all ages, and she was praised with words such as 'the rediscovery of Choi Kang-hee'.