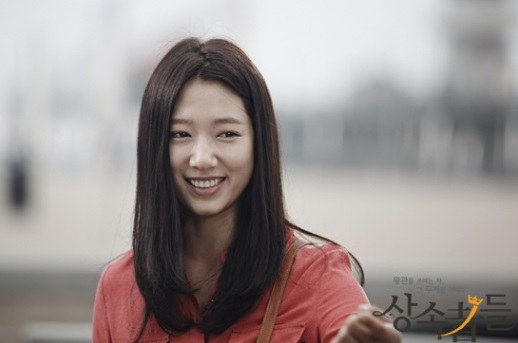 Hallyu stars, hit makers and a pretty actress in her 20's that no one can deny.

Actress Park Shin-hye has achieved a lot in the last 10 years.

Park Shin-hye debuted with the 2003 drama "Stairway to Heaven" as a kid in 2003. It all started with her narration and it's been 10 years since then. She's now 24 in Korean age and is currently walking up the hill to success.

Currently playing the role of Cha Eun-sang in the SBS drama "The Heirs", Park Shin-hye is one of the most acknowledgeable actresses in the 20's.

She's been known for her bright and bubbly roles in the dramas "Flower Boy Next Door", "Heartstrings" and now "The Heirs". She is now also known as the mellow actress. The most important achievement she's made is proving herself likely of being the sweet girl she is for this age and mature enough to act mellow.

Her agency claims, "She's been offered various advertisements as well as dramas and movies. One thing that's different here is that the genre has expanded. Park Shin-hye has been just right for her age and although "The Heirs" is not completely mellow, she's performed just enough to make it heartaching enough".

"The Heirs" is greatly popular in China and Park Shin-hye is outstanding in the Hallyu world enough to say that she's the first actress to have a world tour of her own. Choi Ji-woo from "Stairways to Heaven" has already had her taste of fame in Japan and Park Shin-hye had already started building her stand. To think about it, her debut was incredible. She then starred in "You're Beautiful" with Jang Keun-suk, Lee Hong-ki and Jung Yong-hwa and became a hit in Japan. "Heartstrings" was a continuous hit. She's now very well known not only in Asia but America, Europe, and the Arabs.

Park Shin-hye's appearance in "Miracle in Cell No.7" wasn't much but the movie was unexpectedly a hit and earned her the title of a hit-maker. This was a good present for her 10th year anniversary.

She's got the fame as a Hallyu star and she's talented enough for anyone to want her.

"Goodbye "The Heirs", Park Shin-hye's 10 years"
by HanCinema is licensed under a Creative Commons Attribution-Share Alike 3.0 Unported License.
Based on a work from this source