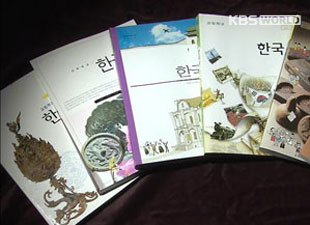 The Ministry of Education, Science and Technology has announced its new standards for writing high school history textbooks.

The new standards include the addition of explanations on Japan's forceful conscription of Korean laborers and sex slaves for Japanese soldiers during the Pacific War.

The standards also stipulate the inclusion of democratization movements such as the May 18th Pro-Democracy Movement, the April third uprising in Jeju, and efforts to bring colonial-era, pro-Japanese collaborators to justice.

Terms of "dictatorship", "free democracy" and "the sole legitimate government on the Korean Peninsula" will be used in line with standards for writing middle school history textbooks, which were finalized last month.

The ministry finalized the standards of the high school textbooks through a review after receiving a proposal from the National Institute of Korean History.

High school history textbooks written under the new standards will be put to use from 2014.