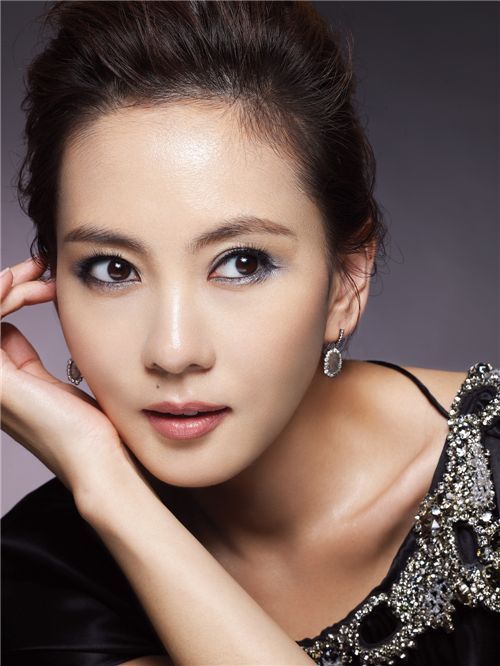 Korean actress Kim Nam-joo has been awarded "Actor of the Year" by Korea's Minister of Culture, Sports and Tourism, according to a press release by her agency Wellmade Star M on Wednesday.

The actress received official commendation from the government at the "2009 Motion Pictures Broadcasting Grand Prix Ceremony", held at Seoul's Press Center Wednesday afternoon. She was handed the award by Yu In-chon, a Korean veteran actor who became the head of the Ministry in 2008.

According to the event's organizing committee, Kim was selected as the winner for her successful comeback in the MBC TV series "Queen of Housewives" ("My Wife is a Superwoman") this year, where she portrayed a modern Korean housewife through her role as Cheon Ji-ae. The character is considered to have created a new trend among married women in terms of confidence, fashion and makeup.

"I am truly grateful for all the love I received this year", the actress was quoted as saying. She explained that she was "very scared at first" because the role required a huge transformation on her part and it was her first acting job in a long time [since marrying actor Kim Seung-woo in 2005 and giving birth to a daughter].

She went on to say, "I think 2009 was an unforgettable year for not only myself but also for my family", referring the dual success of "My Wife is a Superwoman" and KBS2 TV series "IRIS", a blockbuster drama which starred her husband Kim Seung-woo.

"My Wife is a Superwoman", about a 30-something housewife who struggles to help her husband succeed, was a smash hit earlier this year, topping Korea's television ratings charts for three consecutive weeks.

"Government names Kim Nam-joo top actor of 2009"
by HanCinema is licensed under a Creative Commons Attribution-Share Alike 3.0 Unported License.
Based on a work from this source