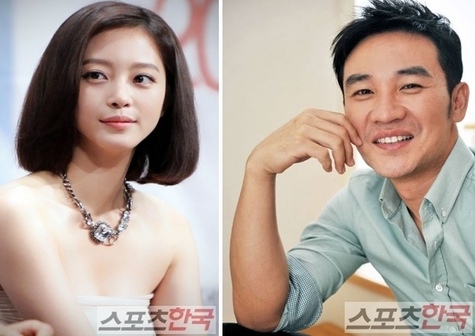 Actor Uhm Tae-woong has stepped down from the movie "The Dog".

Uhm Tae-woong decided on "The Dog" and was supposed to start making at the end of October. However, the delay in the movie caused him to make his decision. Han Ye-seul is still thinking about it.

"The Dog" is directed by Sin Jeong-won from "Chaw". Their reunion was welcoming news but it ended up the other way round. Apparently Sin didn't have enough time to prepare as it wasn't long after the release of his movie "Ghost Sweepers". The cast couldn't wait as they had other plans too.

Uhm Tae-woong is going to focus on his wedding and new SBS weekend drama "The Biography of Yi Sun-shin". Eom, who is getting married in January will start the movie as soon as he gets back from his honeymoon.

"The Dog" is about the involvement of gangsters, detectives and scientists in a case of a dog infected by alien species.

"Groom-to-be Uhm Tae-woong steps off "The Dog""
by HanCinema is licensed under a Creative Commons Attribution-Share Alike 3.0 Unported License.
Based on a work from this source