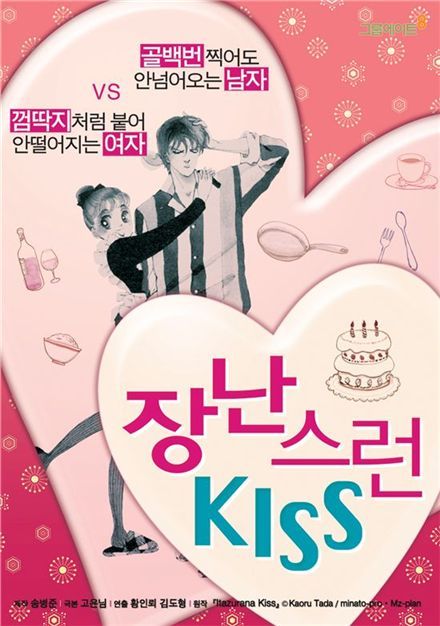 Group 8 explained in a press release that the local TV version will be helmed by Hwang In-roi, who previously directed "Princess Hours" (MBC, 2006) and "Iljimae Returns - Moon River" (MBC, 2009), and adapted for the small screen by noted television writer Ko Eun-nim.

The original comic series "Itazurana Kiss", which sold over 27 million copies in Japan, has been made into animation and TV dramas in Japan and Taiwan as well, where the local TV version scored the highest viewership rating for the year.

Group 8, founded by musician Song Byung-joon, is known for creating television dramas based on comic series such as "Princess Hours" and most notably last year's smash hit "Boys over Flowers", which turned little-known actor Lee Min-ho into a household name.

The Korean TV adaptation "Naughty Kiss", set to premiere this fall, will soon wrap up casting and go into shoot in early July.