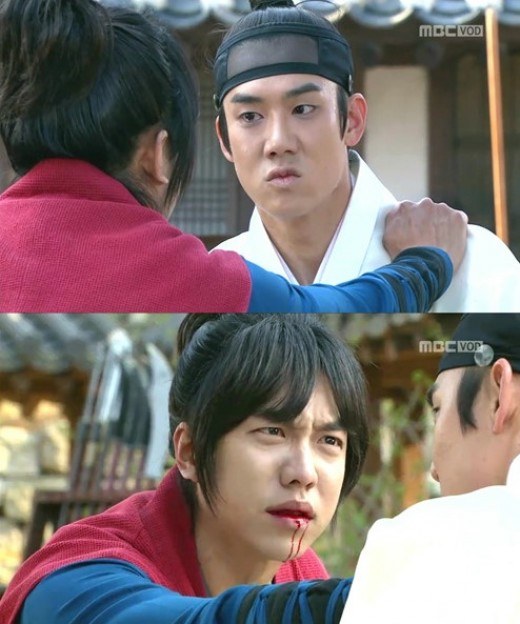 The MBC drama "Gu Family Book" made a record.

According to Nielsen Korea, "Gu Family Book" rated 16.4%. This is 0.1% higher than the previous episode.

"Gu Family Book" also took over the throne out of all three Monday and Tuesday dramas. KBS 2TV "The Queen of Office" rated 14.5% and SBS "Jang Ok-jeong" rated 7.8%.

Meanwhile, Choi Kang-chi (Lee Seung-gi) went to the Chunhwa House to get Park Cheong-jo (Lee Yoo-bi) but she refused to go with him saying, "Rid my father of his so called crime and then come back". Park Tae-seo (Yoo Yeon-seok) was h ypnotized by Jo Gwan-woong (Lee Sung-jae) and misunderstood that his father was killed by Choi Kang-chi and stabbed him.

""Gu Family Book" increases 0.1%"
by HanCinema is licensed under a Creative Commons Attribution-Share Alike 3.0 Unported License.
Based on a work from this source