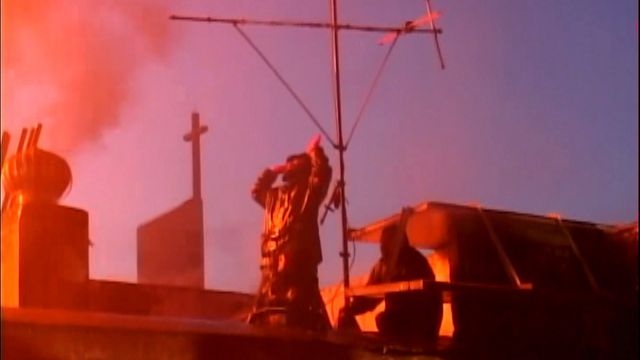 The connection between politicians, the judiciary, the press, the police and the Capital (construction companies dealing with the redevelopment of various neighborhoods in this case), has been a major theme in Korean cinema the latest years, ranging from film likes "Whistle Blower" and "Haemoo" to "Asura: The City of Madness". "2 Doors" shows the reality of this concept in a thorough investigation of the 2009 Yongsan Tragedy.

"2 Doors" (Festival entry) is screening at London Korean Film Festival that will be on October 26 to November 19.

The incident took place on on Jan. 20, when some 40 tenants, who had occupied a watchtower on the rooftop of a four-story building in Yongsan, central Seoul, protested against insufficient compensation for the redevelopment of the neighborhood and clashed with riot police. In the pre-dawn raid, a fire broke out. Five evictees and one policeman were killed in the blaze. What is even more appalling is that the survivor tenants were prosecuted as being accountable for the disaster, with the press, the government, the police, and the judiciary doing everything in their power to conceal evidence and portray a picture much different than the actual events.

HONG Ji-you and Kim Il-rhan thoroughly researched the incident and present a quite shocking documentary that entails interviews with a camera operator who shot the whole thing for an internet channel, the attorneys of the accused tenants and a member of the fact-finding committee, footage from the events, and some reenactment. Furthermore, the directors went a step further and found actual police reports from the members of the SWAT team that were in charge of the raid along with their court testimonies.

What comes out of all this research is that through orders from the higher-ups to end the protest as fast as possible, the SWAT team went in completely unprepared for the flammable paint thinners in the watchtower, not to mention the complete lack of knowledge of the premises. The reports are as shocking as the actual events, with members of the SWAT team (most of whom are former marines) stating that they panicked when the realized the true extent of the situation. The cover up takes a significant part of the documentary as the prosecution did not disclose some 3,000 pages of investigation records, which showed a completely different take on the events.

Eventually, the operation proved so messy that Kim Seok-ki, then chief of the Seoul Metropolitan Police Agency and the commissioner general-designate of the National Police Agency, resigned, although the true motives behind their orders were never disclosed. 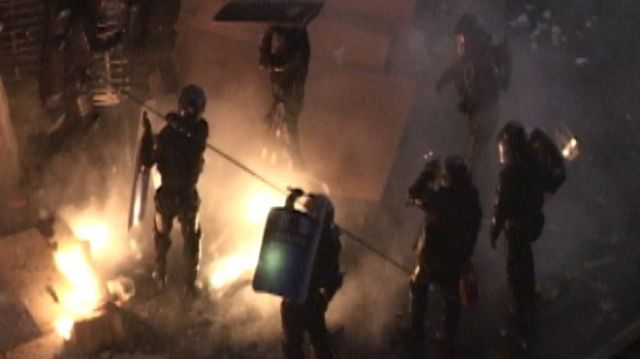 Through this documentary, HONG Ji-you and Kim Il-rhan make a clear accusation of the then Lee Myung-bak administration. It is obvious they side with the tenants despite the fact that the policemen's side is also presented.

The sole fault of the documentary lies with its duration, since, in 101 minutes, it overextends a bit and becomes somewhat repetitious. However, the ending that shows the verdict regarding the tenants, erases all that.

"2 Doors" is a very interesting documentary, which manages to shed much light in a case that proved a major scandal, and, in the process, to make a harsh comment about all of Korean public institutions.