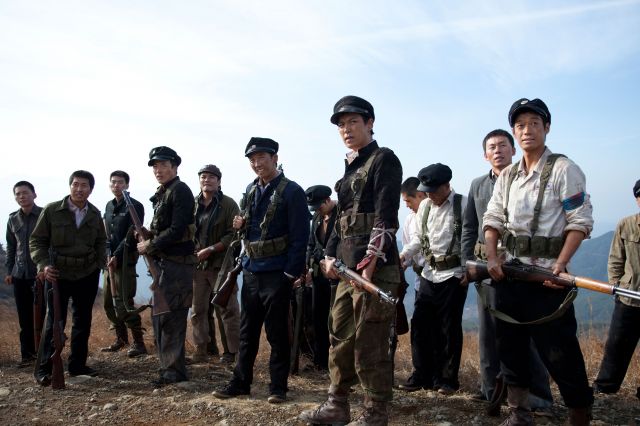 John H. Lee, whose blockbuster filmmaker status was established in 2004, with "A Moment to Remember" and found its apogee last year, with "Operation Chromite" presents another movie that aims at commercial success and achieves it on every aspect.

The film is based on a true story of a group of 71 undertrained and outgunned student-soldiers during the Korean War, who were mostly killed on August 11, 1950, during the Battle of Pohang-dong. For 11 hours, they defended the local Pohang girls' middle school, a strategic point for safeguarding the struggling Nakdong River perimeter, from an attack by overwhelming North Korean forces, specifically the feared 766th Unit.

The film begins a little before that, during the battle in Yeongdeok, where volunteer militia student-soldier, Oh Jang-beom experiences the true blights of war, as he watches most of his fellow students getting killed, while he is tasked with delivering supplies to the trained soldiers. The South Korean army, which, at the time was waiting for help from the Americans in order to face the larger N. Korean one, retreated once more after this battle and stationed at Pohang. The orders, however, were for them to move even more inside S. Korea, to the Naktong River, where the most significant battle was to take place.

The Command decides to leave the protection of Pohang to 68 student soldiers, practically abandoning the place. Captain Kang Seok-dae, who was in charge of Oh Jang-beom in the previous battle, puts him in charge, despite his protests. Three students who were in prison also arrive at the place and join the others making the number of their force reach 71. Headed by Koo Kap-jo, the three of them start causing trouble immediately, and the conflict with Oh Jang-beom seems inevitable. Eventually, the North Korean troops, headed by general Park Moo-rang, arrive at the place.

John H. Lee directs a film very similar to the Hollywood blockbusters with the same theme, in terms of aesthetics, with an obvious purpose of commercial success. In that fashion, the movie includes a handsome pop star as the protagonist, some dosage of melodrama, a bit of humor, excessiveness in the presentation of the S. Korean heroics, corresponding music, and most of all, lengthy and very impressive action scenes. 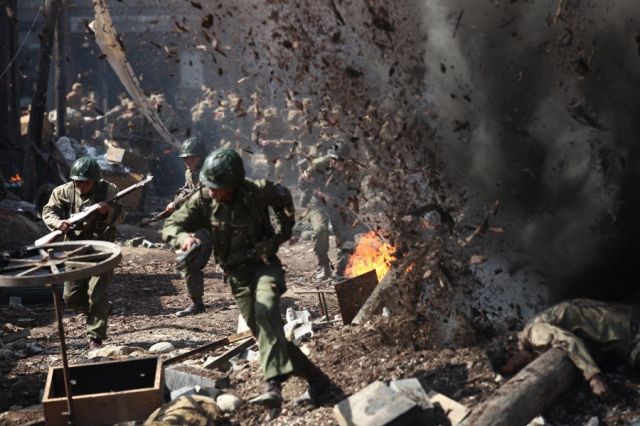 However, the above does not mean that this is just an action flick, since Lee pays close attention to his main characters, analyzing them rather thoroughly for a film of the genre, thus giving additional substance to the production. The conflict between the "righteous" Oh Jang-beom and the delinquent Koo Kap-jo definitely moves towards this direction. The same applies to the psychology of the group, with their abrupt realization of the fact that they actually have to kill and be killed, being one of the film's highlights. At the same time, the fact the North Koreans are not presented as faceless "devils", with general Park Moo-rang even offering the students a chance to surrender, since he is also a father, is another trait of the movie. The concept of Jang-beom writing letters to his mother definitely moves towards the melodramatic, but, at the same time, prevents the audience from forgetting that the main characters are just students, and not fully grown men.

On the other hand, this is not a drama, but an action move, and in that fashion, it is filled with lengthy and quite impressive war scenes. Cinematographer Choi Chan-min uses every trick in the book, implementing slow motion and fast forward, abrupt close-ups, jump cuts, muted scenes, and magnificent special effects, particularly during the explosions. With the help of the fast to the point of frantic editing by Steve M. Choe and Kim Chang-ju, and the outstanding sound of Park Jun-o, the action scenes are masterful, despite the fact they look somewhat "polished", and in that aspect, not so realistic. The depiction of blood, which occasionally is clean enough to mirror the surroundings, is a testament to this last aspect. At the same time, Choi Chan-min manages to highlight some of the beauties of area, although, once again, in action scenes, as is the case with the one in the forest and particularly the one in the field. 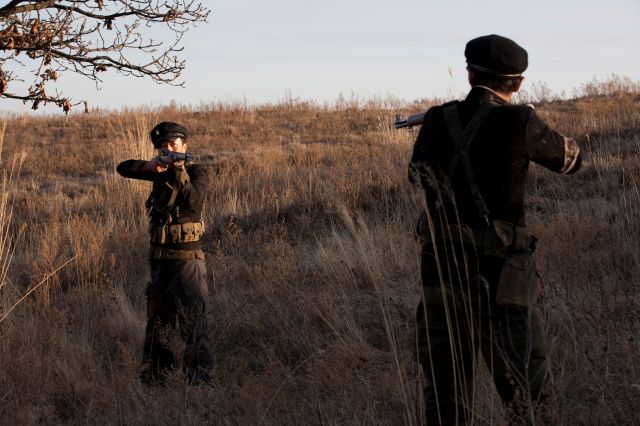 The performances are rather good, considering the genre. Choi Seung-hyun plays the part of the unwilling hero in a rather laconic fashion that seems to suit him perfectly. Kwon Sang-woo is great as the archetypic delinquent, a role he seems to have perfected after "Once Upon A Time In Highschool". Cha Seung-won as General Park provides a great villain, through a majestic character, who seems to be cool as much as he is determined.

"71-Into the Fire" aims at entertainment, not historic accuracy or realism, and in that fashion, John H. Lee succeeds to the fullest. 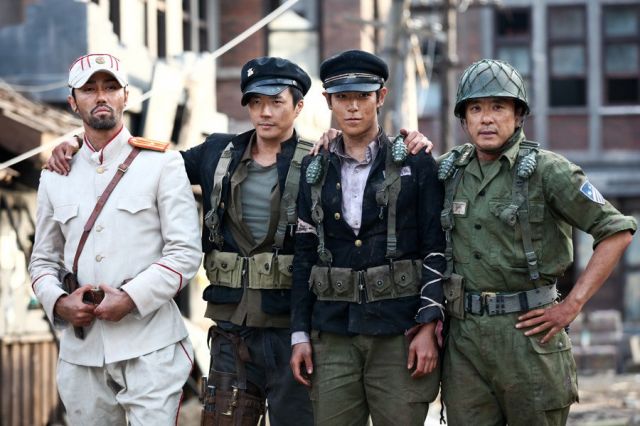 "[Guest Film Review] "71-Into the Fire""
by HanCinema is licensed under a Creative Commons Attribution-Share Alike 3.0 Unported License.