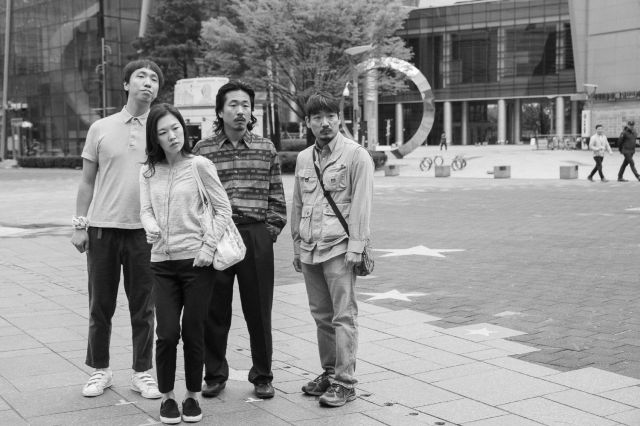 Ye-ri runs a rundown bar in an equally rundown neighborhood in Seoul, while she also takes care of her handicapped father. Three men, who are all in love with her and seem to antagonize for her love, are her main customers. Ik-joon, an ex-gangster who is trying to get away from his past, Jong-bin, an epileptic who owns the building, and Jung-bum, a North Korean defector who suffers from bipolar disorder. The four of them aimlessly spent time in the bar or roaming the streets, with a commitment to each other that seems to transcend the borders of friendship. Occasionally, a tomboy who also lives in the neighborhood interacts with them, as she also seems to be in love with Ye-ri.

Zhang Lu directs and pens a distinct art-house film, whose aesthetics are eloquently described in its title, since there is almost no music, and there are a number of scenes that could pass as dreams, particularly the surrealistic ending sequence. Apart from this last aspect, though, the movie emits realism from every frame, since the circumstances of the neighborhood and the three characters that live in the borders of society definitely move towards this direction. This sense is heightened by Jo Young-jik's black-and-white cinematography, which fits the aesthetics of the film perfectly. 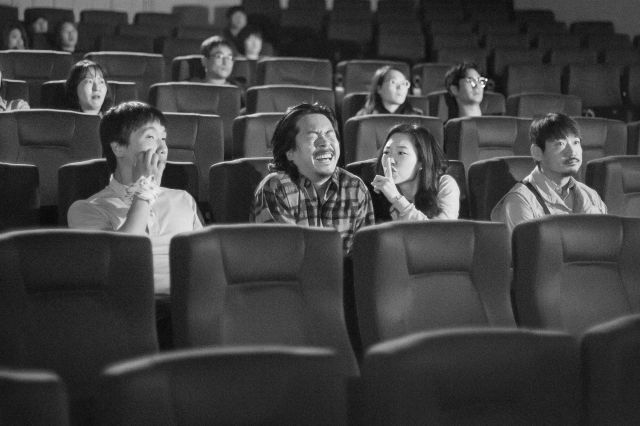 Usually, films like this tend to become tedious after a fashion, particularly to mainstream fans, but Lu has incorporated some elements of ironic humor, that lighten the situation, and along with Ik-june's frequent laughter make the film much "lighter" and entertaining. The scene where the three "suitors" ask Ye-ri "what do you seek in a partner?" and she answers "someone healthy in body and mind", which results in them sighing disappointed is a distinct sample of this tendency. The same applies to some minor scenes as the one where an old lady suddenly gets out of a metal closet left on the street. Furthermore, the fact that none of the three forces himself on her, and she indulges all of them without , actually, choosing one, makes the four of them very likeable, and the film quite easy to watch. I found myself smiling in a number of occasions, without actually knowing why, as the movie seems to produce this reaction

The acting is also on a very high level (the actors actually use their real names in the film) as gorgeous Han Ye-ri emits a tenderness that explains why the men love her so much and Yoon Jong-bin plays the epileptic with great attention to realism. The one who steals the show, though, is Yang Ik-june, who seems not to have put his hands out of his pockets or stop smoking since 2008 and "Breathless", in a distinct style that suits him perfectly, as he appears cool, despite his evident misery.

"A Quiet Dream" is a great specimen of Korean indie cinema, and a very entertaining movie. 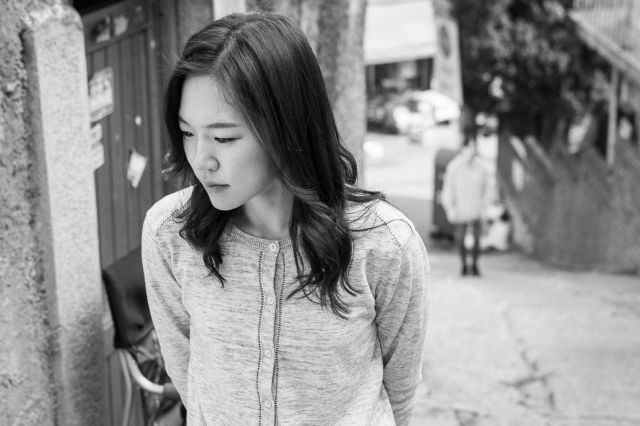 "A Quiet Dream" will screen at International Film Festival Rotterdam (IFFR), that will be on from January 25th to February 5th