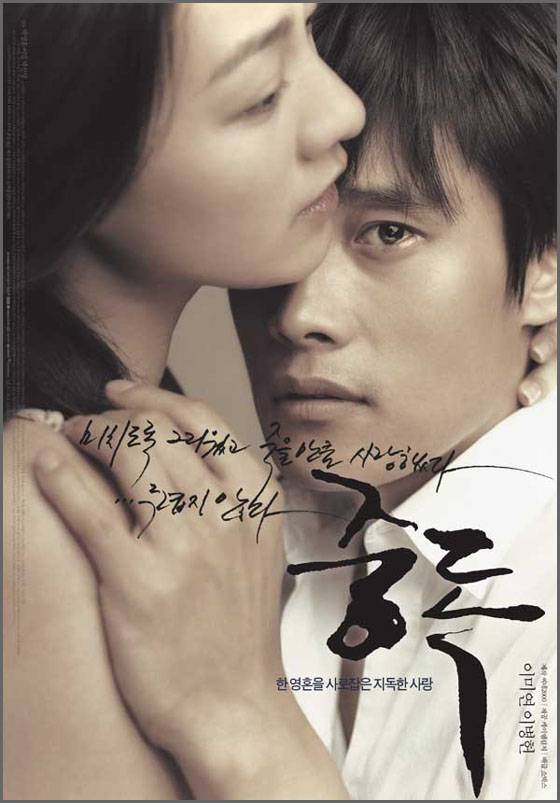 The 00's decade signaled a trend where romantic films were injected with supernatural and/or mystery elements, in order to stand out from the plethora of entries in the category. "Ditto" and "Il Mare" are two distinct samples, as is the case with "Addicted".

Two brothers, race-driver Dae-jin and carpenter Ho-jin live happily in the same house along with the wife of the latter, Eun-soo. One day, both siblings get into traffic accidents at the same time, although in different incidents. They end up in coma. Dae-jin wakes up a year later, believing he is Ho-jin, to the point of having the same feelings for Eun-soo, even considering her, his wife. Eun-soo has to face both his feelings and the sense of loss for her husband. 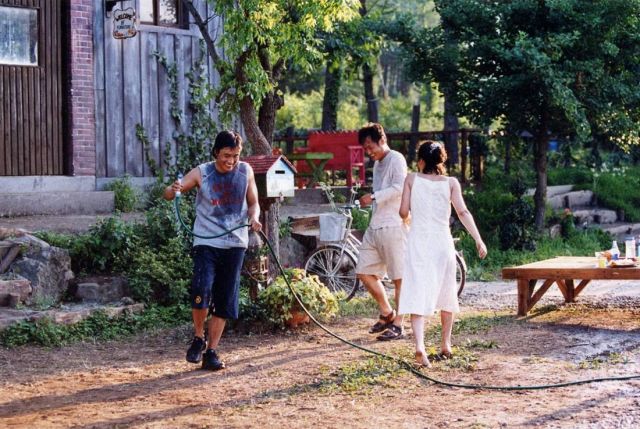 Park Young-hoon directs retains quite a slow pace, preparing, in essence, the spectator for the shocking finale. This pace becomes a bit tiring, at times, especially when compared to contemporary films, but, actually, fits the development of the story quite nicely. The rhythm, along with the overall, dark atmosphere implemented by Kim Byeong-il's cinematography, are the ones responsible for the film not being another romantic flick.

Park focuses much on the interaction between the two protagonists, although Eun-soo's dilemma and general feelings have a more central place in the film than Dae-jin's. This tactic benefits the most by the fact that Lee Byung-hun and Lee Mi-yeon have great chemistry with each other, since they have also cooperated in the past in similar roles ("The Harmonium in My Memory"). The fact that they are both gorgeous also helps, in this aspect. 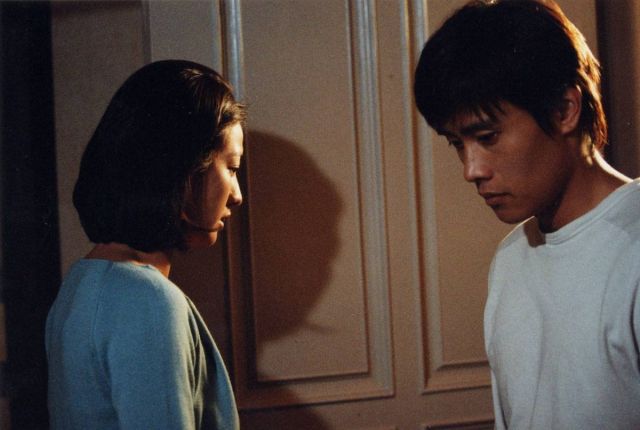 Lee Byung-hun portrays, quite well, a complicated, enigmatic character, exemplifying the fact that Eun-soo, and consequently, the spectator, cannot understand what he is thinking. Lee Mi-yeon is great in her role, as she is quite persuasive as both a happy wife, and a sad, confused woman. The award she received from Grand Bell was well justified. Furthermore, both the performances are in perfect harmony with the pace and the general aesthetics of the film.

"Addicted" is a film that stands apart due to its direction, script, and acting, and subsequently, on a higher level than most of the entries in the genre.