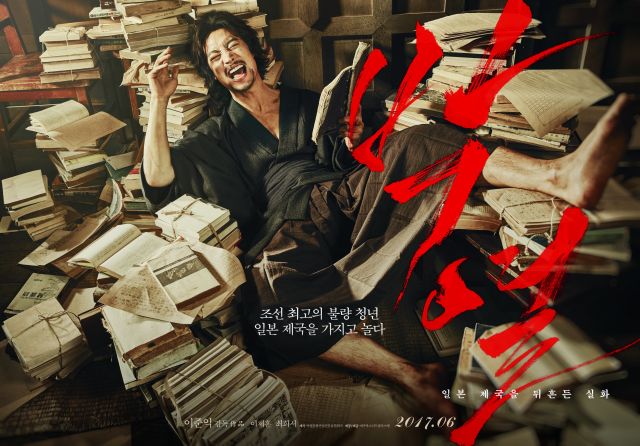 During the 21st century, Lee Joon-ik has emerged as one of the top Korean filmmakers, with films like "The King and the Clown", "The Throne" and "DongJu, The Portrait of A Poet" combining depth and substance with commercial success. This time, he deals with the true story of Korean anarchist and independence activist, Park Yeol, in a style which seems peculiar for the theme, but works quite well.

The story begins in 1923 in Japan, where Park has formed an anarchist group, comprising of both Koreans and Japanese. Eventually, Kaneko Fumiko, another anarchist and nihilist, is drawn to him due to his writings and enters his group, becoming his lover. The group has some plans of bringing explosives from Shanghai to use towards crucial targets (supposedly Japan's Crown Prince Hirohito), but most of their plans fail. The only thing they amount to is beating individuals they consider enemies of the "cause".

Their situation changes after the Great Kanto Earthquake (September 1, 1923), when the anti-Korean sentiments fueled by false rumors by the Government and the Press, result in the death of thousand Koreans in the area, in a pogrom implemented by vigilante groups and the police. The members of the group decide to let themselves be imprisoned, in order to survive, but the Japanese decide to find a scapegoat in Park to derail the international press and public opinion from the pogrom. Subsequently, Park becomes a subject of interrogation as he is accused of treason. Kaneko, who cannot stay away from him, confesses the same and endures the same fate. However, both of the accused are not ready to go without a fight and Mizuno, the Japanese politician behind the whole scheme, finds himself having to deal with a lot more than he bargained for. 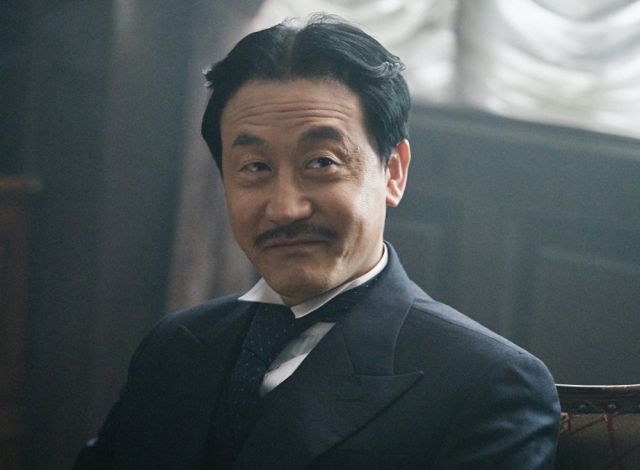 Lee Joon-ik uses a very interesting and quite unusual style of narrative for such a subject, retaining a happy-go-lucky sense for the majority of the film's duration. What is impressive is that he manages to retain this style even in the most dramatic moments, like the violence against Korean or the beatings of the anarchist group, the interrogations, the trial, even the rather dramatic ending. In a cinema such as the Korean, where the melodrama seems to be everywhere, I found this approach delightful, as it induces the movie with much humor, and subsequently entertainment, without losing anything of the subject's gravity. Add to that some noir elements, and the fitting, jazzy music tracks that dominate the movie, and you have the backbone of the production.

Every aspect of the film seems to be based upon this style. The acting, which is characterized by a combination of aloofness and ironic theatrics. Kim Jeong-hoon-III's editing keeps the stories flowing, without letting any scene linger for long, and finds its apogee in the presentation of the interrogations. Park Sung-joo's cinematography features impressive framing and a number of outstanding images in different locations (bars, small, crowded rooms, prison cells, interrogation rooms etc.) Lee Jae-seong's art direction and Sim Hyeon-seob's costumes present the era with accuracy and gusto, with the latter finding its apogee in the trial scene.

Lee Je-hoon as Park Yeol gives an impressive performance in the aforementioned style, appearing cool and funny almost at all times. Choi Hee-seo is a revelation as Fumiko, capturing the film's aesthetics exquisitely, with her smile brightening the whole of the screen. Kim In-woo is also great as Mizuno, portraying a manipulating villain in the most despicable way. 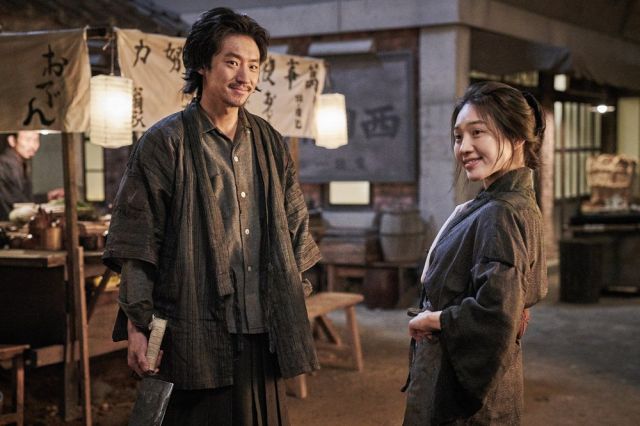 "Anarchist from Colony" is a great film, one of the best of the year, and a testament to the fact that Lee Joon-ik is one of the great contemporary Korean filmmakers.