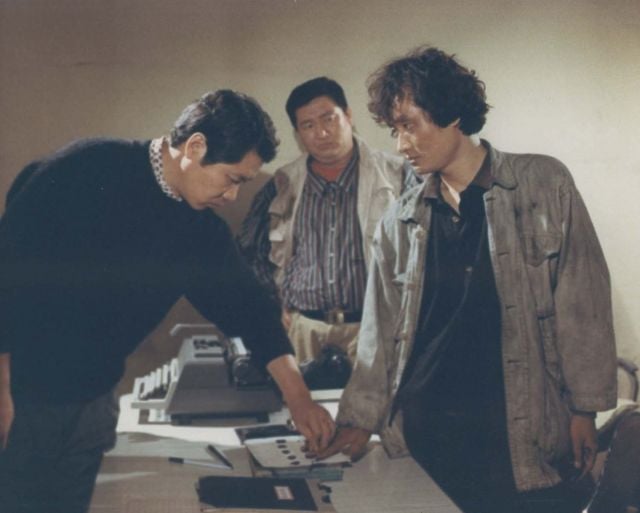 As we saw in the review of his debut, "Chilsu and Mansu", Park Kwang-soo explored the socioeconomical and political aftermath of the Gwangju massacre, in a style filled with realism and pessimistic drama, which has nothing to do with the kind of happy-go-lucky approach of current movies about the subject, such as "A Taxi Driver". This approach is even more intense and pessimistic in "Black Republic".

The story takes place soon after the aforementioned events, and revolves around a student demonstrator named Gi-yeong, who is wanted by the police for his actions during the protests, and ends up in a remote mining town in Gangwon Province, where, under a fake name, he is soon hired by a mining company. The company is run by an elderly president, but it is his son, Seong-cheol, who frequently causes problems with his reckless behaviour, which involves taking money from the counter whenever he feels like it, running like a madman through the streets with his motorcycle, drinking and being violent, particularly towards women and people who owe his father money. Seong-cheol meets Gi-yeong one night in a local bar, and takes a liking to him, even suggesting for him to spend some time with the local prostitute, Yeong-sook. Gi-yeong is initially disinterested in her, but eventually the two of them form a deeper connection. 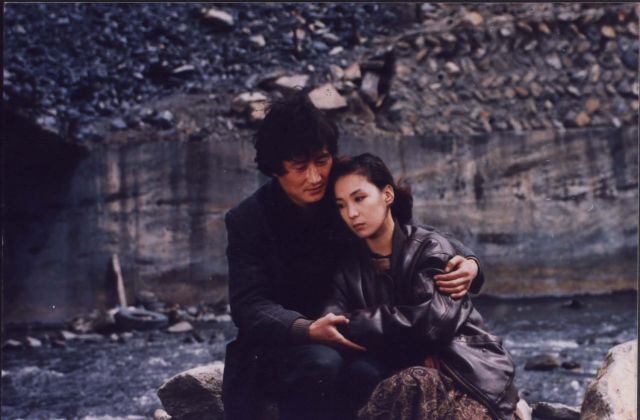 Park Kwang-soo directs and pens an intensely bleak film, where hope is nowhere to be found, neither for the workers and the women, who form the lowest ranks of the society depicted, nor the privileged of the new generation. The setting of the filled with dust and dirt mining town, serves his purpose quite adequately, with Yoo Young-gil's cinematography highlighting this bleakness, both in the "foggy" exteriors and the dark interiors, with a very fitting approach.

In essence, the town is a metaphor for the Korean society of the time (to say the least), where the lowest ranks (as mentioned above) are almost constantly subjected to oppression by the authorities and the "capital", with their disillusionment about the fact playing absolutely no role in their circumstances. In this setting, love seems to provide a thin ray of hope, but even this does not last for long, as the inevitable violence resulting from reality, eventually erases even this minor optimism, as depicted, quite eloquently, during the finale.

Another point of excellence in the film is the comments that Park manages to include throughout its duration, through a very subtle tactic, usually via a small conversation here and there. "Why should I go to school when I have the skills for a job", a fellow worker of Gi-yeong says at one point, in one example of this tendency, while the comments also include the comparison between Hollywood and Korean melodrama (with Park implying that the then quality of Korean cinema led to the youths turning towards American movies), the failure of the supposedly new ideology, and a number of others.

The melodrama is not missing completely from here, as it is presented through the story of Seong-cheol and Yeong-sook, although the political aspects of the movie place it in the background.

Two scenes stand out, both involving violence, but through a different approach: the one in the bar during the end, where an intense fight breaks out, and the one in the interrogation room, both of which synopsize the context and the aesthetics of the movie in the most impactful way. The intensity they emit is heightened even more by the exceptional editing of Kim Hyun-II, which, additionally, allows the film to move in a relatively fast pace that serves it very well. 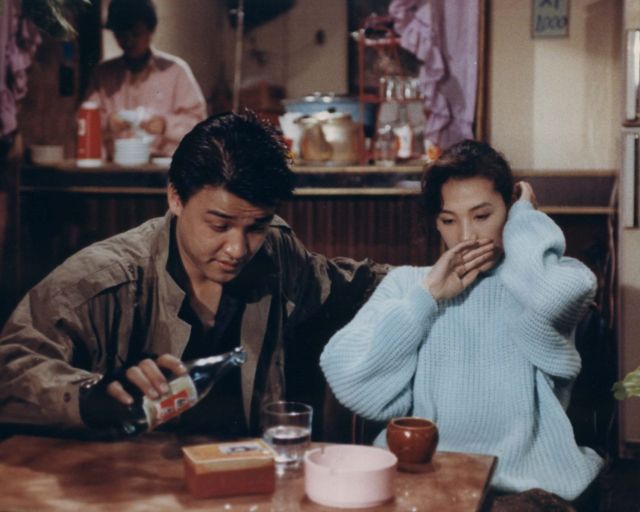 The acting is also on a very high level, with Moon Sung-geun as Kim Gi-yeong presenting a young man who has nowhere to go, with his hopelessness leading him to worse and worse situations. Shim Hye-jin is quite convincing as the embodiment of victimization, in the role of Yeong-sook, The one who steals the show, though, is Park Joong-hoon as Seong-cheol, with his erratic behaviour, filled with alcohol, violence, and a sense of superiority that eventually comes crushing onto him, being one of the best assets of the film.

"Black Republic" is an impressive movie, filled with context and artistry, and one of the fines samples of the Korean New Wave.